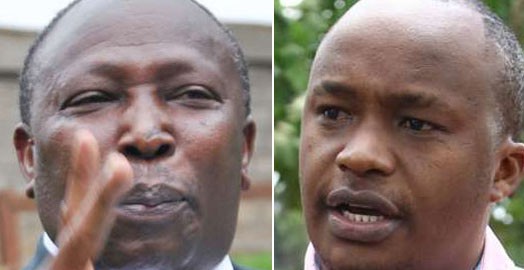 Musician Charles Njagua Kanyi had almost won the Starehe Parliamentary seat Jubilee ticket at the just concluded primaries – Jaguar as he is known, had reportedly managed to floor billionaire and business magnate Maina Kamanda who is the incumbent – A box of votes was reportedly brought into the tallying centre which gave Kamanda a surprise, last minute win – Kenyan media houses had already broken the news of his win and had to delete tweets and change tune when Kamanda turned tables Kigeugeu singer, Charles Njagua Kanyi otherwise known as Jaguar almost clinched the Jubilee ticket for the Starehe parliamentary seat.

He was up against formidable aspirants among them, the affluent Maina Kamanda, Stephen Mbogo and Simon Kamangu.

Musician Jaguar loses the Starehe Jubilee ticket in a contentious change of events Reviewed by samrack on April 27, 2017 .