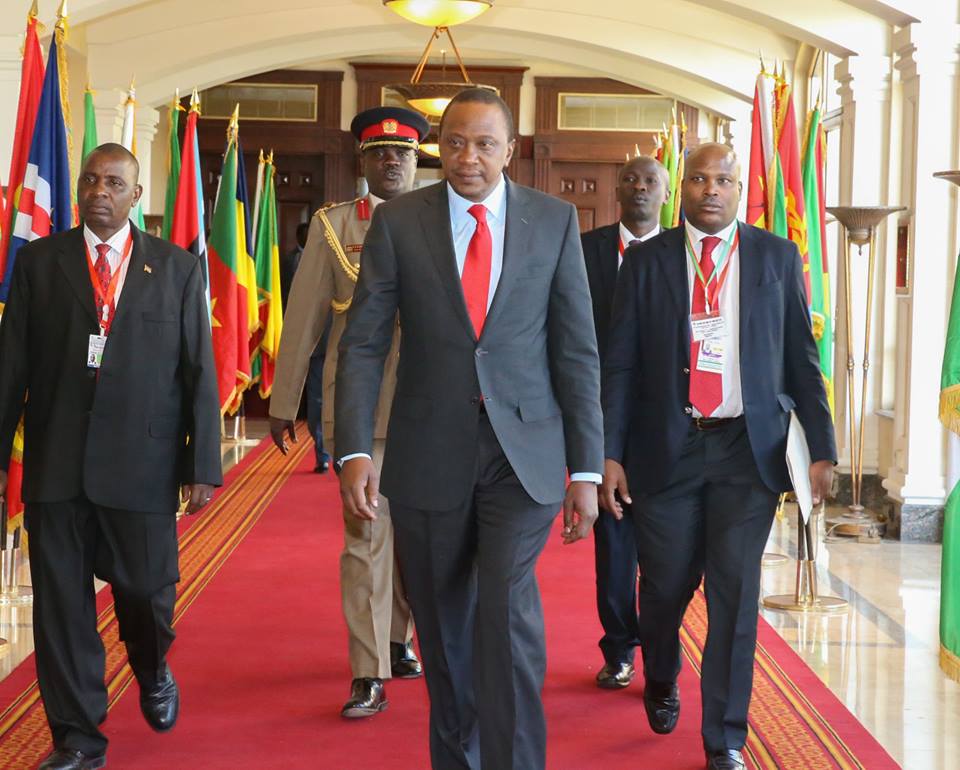 Kenyan National Assembly leaders have resolved to push the election date from August as set in the Constitution, to December 2017 pending an approval by the House.

The decision was made during the annual retreat of the National Assembly leadership bringing together the Speaker, Majority and Minority leaders, members of the House Business Committee and heads of committees among others.

“There is a large consensus around the date of the elections and around the fact that it’s better to move it to December, precisely the third Monday of December of the fifth year,” said David Ochieng’ (Ugenya) the initial mover of the Bill.

“There is already a Bill coming before the House by David Ochieng’ (Ugenya) and the Justice and Legal Affairs committee is working on it, and we will soon have it on the floor of the House for discussion,” said deputy Speaker Joyce Laboso.

The leaders set aside their political differences and agreed to lobby for a new election date ahead of Tuesdays Kamkunji (informal meeting) where members will be briefed on the recommendations of the meeting and the way forward as Parliament seeks to redeem itself from the recent cases of misconduct by members.

The proposed changes in the election date would have a ripple effect on the law regarding the election of the President, Member of Parliament, Governor and MCAs as this would also require amending the law, an issue that further complicates matters.

The MPs also argue that the current date interferes with a lot of programs for instance the school calendar particularly in the case of a run-off, the exam period would be interfered with.

The leaders could however not agree on whether or not to extend the term of the Independent Electoral and boundaries Commission whose term expires in November 2017, just a month before the next General election.

Majority leader Aden Duale supported the extension citing that this would ensure the body can handle any other issues arising after the General Election however the mover of the Bill proposed that the commissioners be dispensed before the expiry of their term and new commissioners sought.

“They should have an extension whether the election is in August or December, once you conduct an election they need about 6-8 months to make sure record s are in place, petitions are done away with so they can an extension one year,” said Duale

Ochieng however stated that, “this is one of the areas where I think we will need to consult on whether to buy out the term of the current commissioners or to extend their tenure, something I don’t recommend.”

Members of Parliament are elected to serve a five year term however with the Constitutional election date set at August, the 11th Parliament was set to serve for four years and four months, but with the proposed December date, MPs would get an additional four months, which is still less than what is described in law.

Justice and Legal Affairs Vice Chairperson Pricilla Nyokabi (Nyeri) argues that MPs must be compensated for the balance of the unexpired term as they should have served for the entire period and that it was entitlement as per the contract.

“Members ought to be compensated for the period seven months and 19 days under the current constitution, and three months and 15 days under Ochieng’s proposal truncated from the five year term,” said Nyokabi

Another emerging issue is the fact that the term of the IEBC commissioners which expires in November 2017 ends at once, thereby leaving no one at the helm of the Electoral body.

Ochieng’ proposes that the law which outlines the selection of members to the Independent Electoral and Boundaries Commission (IEBC) be amended so that the commissioners are given different contracts such that there would be someone left behind as the others terms’ expire. This model is used in the Judicial Service Commission (JSC) and the Teachers Service Commission (TSC); this ensures activities do not stall when some are absent.

The legislators are also grappling with the fact that they have to resolve the gender formula debate whose deadline is August this year.

Members are already sharply divided over proposals that have been flouted including nominating more women to fulfil the two-third gender rule, setting aside certain constituencies as women only candidates and also deleting the clause on the gender rule.

The informal meeting called by the leaders is expected to come up with the way forward on the gender formula debate and the CDF issue.