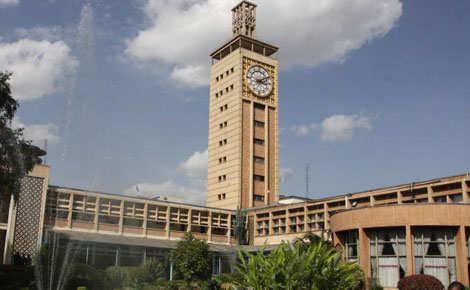 “We have deployed both static and mobile teams,” he said.

“The teams are backed up by more than 100 security staff attached to Parliament.”

Intelligence reports state that at least 12 terror suspects are behind the plot, Daily Nation said in an article on Monday.

Six of them are in Nairobi while the locations of the other six are unknown, the article said.

The attack was allegedly planned by Mohammed Mohamud, believed to head one of the arms of the al Shabaab militia group in Somalia.

“You see those dogs which security officers are moving around with? We brought them because of such threats. There is much more which we plan to do,” he said.

The reports come amid a request by the Embassy of Egypt for more security at all of its installations.

The request was made on February 20, the article said.

“The embassy kindly requests the relevant Kenyan authorities to take what it deems appropriate to upgrade and tighten security measures around Egyptian installations in Kenya,” the letter reportedly says.

See more at: The Star

BY EUGENE OKUMU Police in Kenya are on high alert following reports of a possible terror attack on Parliament. Security has been heightened at all key government installations, said acting IG Samuel Arachi. “We have deployed both static and mobile teams,” he said. “The teams are backed up by more than 100 security staff attached