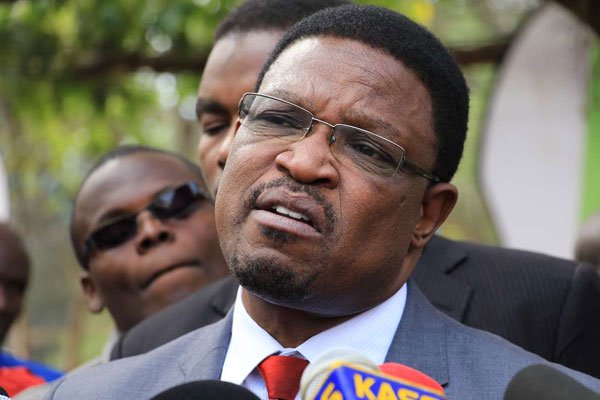 Mr Kariara, in an interview with the Nation, said that though the team did not take the electoral agency to court, they had opposed its decision to lock them out and only design a two-man race pitting President Uhuru Kenyatta and his main challenger Raila Odinga.

But following a High Court ruling that allowed Thirdway Alliance Kenya candidate Ekuru Aukot to run, including all the others, Mr Kariara said that they will “definitely run on October 26.”

“The IEBC had based its decision to lock us out on the 2013 Supreme Court interpretation of what a fresh election means. But now that the High Court has quashed that and said we can all run, then Dr Kaluyu and I will definitely be on the ballot,” said Mr Kariara.

The former banker had shot to the limelight weeks to the annulled polls in a televised presidential candidates’ running mates debate where he was the only one that showed up.

Dr Kaluyu, on the other hand, is a US-based scholar who argued that he was bringing the “global outlook” to the Kenyan politics.

“All presidential candidates need to be invited for the election. The opposite can cause future court battles. Seal the loophole and invite the willing,” Dr Kaluyu had tweeted on September 7 after IEBC gazetted the two candidates.

In the case, Dr Aukot had asked Justice John Mativo to quash the gazette notice that named Mr Odinga and President Kenyatta as the only candidates.

In the interview, Mr Kariara blamed the IEBC for what he said was a flawed interpretation of the law that had cost them campaign time.

“We have been excluded from the process, where the two candidates have been campaigning and meeting with the IEBC. Now, we have only 14 days or so to the elections to organise ourselves,” said Mr Kariara.