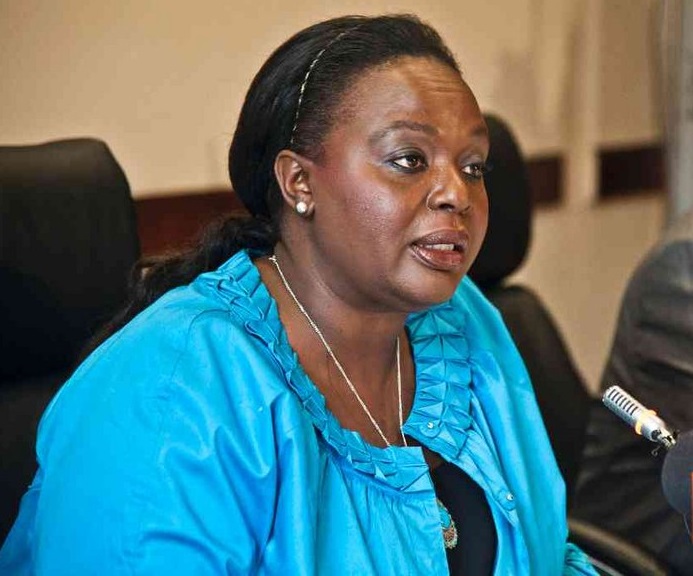 The Ministry of Defence has moved to secure the Exclusive Economic Zone along the Kenyan coast to aid in tapping into the Blue Economy.

President Uhuru Kenyatta blueprint of the four pillar strategy has seen the ministry of defense moving to provide the enabling environment for growth of the Blue Economy.

Speaking at the Ambassador’s roundtable meeting at the Department of Defense headquarters, Raychelle Omamo called for international partnerships to help African states ensure safety and security of their Exclusive Economic Zones.

Over the years, the high cost of insurance cover due to insecurity caused by piracy over the Indian Ocean has been a major impediment to trade, now the government is moving to establish a Kenya Coast Guard that will provide the much needed security to help spur trade.

“The Blue Economy and maritime security must be interpreted expansively to include inland water bodies especially the rivers and lakes that are trans-border in nature,” said Omamo and added, “Many of Africa’s water ways are underutilized as viable trade corridors and centers of food security, enterprise and economic diversification.”

Also Read  Over 9,000 pastoralists to be compensated

She noted that the Blue Economy is key to enabling Kenya meet her food security needs as well as generate both agro-processing opportunities and manufacturing.

Omamo called for conservation of inland water ways and water bodies including Lake Victoria that is threatened by both climate change and environmental degradation adding that it is key to providing food security as well as, as a transport waterway.

“The deteriorating state of Lake Victoria and Lake Chad for example, has the potential of negatively affecting the livelihoods of millions of Africans by brewing a lethal cocktail of poverty violence and despair,” warned the Cabinet Secretary.

She said maritime security and the Blue Economy ought to be of concern to land-locked African countries as well, “accordingly, regional and international cooperation to preserve, protect and sustainably exploit these shared resources is imperative.”

Share thisFacebookTwitterPinterestEmailWhatsAppMilitary to secure Kenya’s Exclusive Economic Zone The Ministry of Defence has moved to secure the Exclusive Economic Zone along the Kenyan coast to aid in tapping into the Blue Economy. President Uhuru Kenyatta blueprint of the four pillar strategy has seen the ministry of defense moving to provide the enabling environment for growth