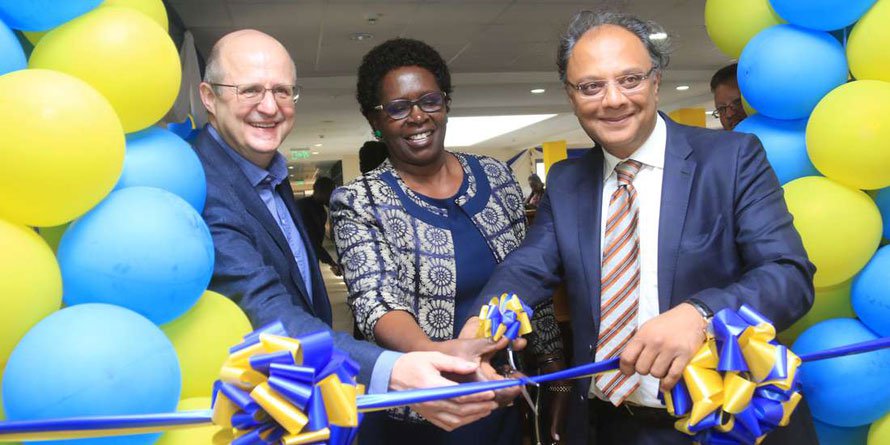 Microsoft has launched its first software testing centre in Africa through a partnership with IT firm Techno Brain in Kenya.

The multinational is outsourcing its testing and quality assurance to Techno Brain Kenya for its flagship Windows operating system.

The centre will provide 1,000 jobs to Kenyan youth while growing the tech skills in the country.

“This has been as a result of two years of work between us and the Microsoft team,” said Manoj Shanker, CEO Techno Brain Group.

“Kenya is set to be the ultimate technology hub in Africa. Microsoft supports Kenya in that vision with global training and standards to up skill to global standards,” said Bamboo Sofola, partner director software engineering at Microsoft Corporation.

The Techno Brain Nairobi test centre will get exclusive access to Windows Insider software builds that are yet to be released in the global market.
Highly skilled engineers perform vigorous tests of applications.

Apart from Nairobi, there are only three other Microsoft test engineering sites globally based out of China, Poland and India.

Technology firm Microsoft has partnered with the United States International University-Afric, USIU, for its first technical skills hub in Kenya.

The hub dubbed the Appfactory will be hosted at USIU’s incubation and innovation centre (I²C) in Nairobi, aimed at addressing the gap in between education and the skills needed for employment.

“Despite the hundreds of students graduating in ICT, Information and technology companies are finding it difficult to recruit graduates who are ready to contribute as software developers without first taking them through extensive on-the-job training,” said Prof Paul Zaleza, Vice chancellor USIU-Africa.

The I²C Appfactory will be the 14th in the continent in partnership with Microsoft’s 4Afrika Initiative with others currently hosted in Nigeria Ghana, South Africa, Egypt, Uganda, Rwanda, Mauritius, Malawi and Ethiopia.

The word App in the programme stands for apprentice rather than application, as the initiative is aimed at providing a hands-on approach to learning in turn developing skills needed for the fast-paced technology and innovation segment.

In 2017, the Africa Appfactories graduated a total of 500 students into the job market, with 85 per cent securing employment and the rest venturing into entrepreneurship.

At the end of the programme, graduates have access to jobs from the Microsoft Partner Network.

Technical skill initiatives have become a popular model for creating skilled employment opportunities into the job market with programmes such as this and the Presidential Digital talent programme by the ICT ministry in Kenya.

They are aimed at bridging the gap between the curriculum and the industry needs.

Microsoft, USIU partner to set up tech hub to plug job skills gap(I²C Appfactory) Reviewed by samrack on May 3, 2018 .