Meet Ivy Awino (DJ Poison Ivy) knows how to get Dallas Marverick fans on their feet, and keep them there

She is the first woman ever to DJ an NBA All-Star game, is the official DJ of the Dallas Mavericks, and the first Kenyan female DJ of an NBA franchise. PHOTOS COURTESY| FILE| NATION MEDIA GROUP

Meet Ivy Awino (DJ Poison Ivy) knows how to get  Dallas Marverick fans on their feet, and keep them there

She is the first woman ever to DJ an NBA All-Star game, is the official DJ of the Dallas Mavericks, and the first Kenyan female DJ of an NBA franchise.

The latest milestone, I would say, occurred a few weeks ago. I became the first woman ever to DJ an NBA All-Star game. That was incredible, especially since it took place in Los Angeles. Late last year, a mini made-for-TV documentary on my story won an Emmy, so that’s pretty rad as well! I’ve been blessed and fortunate to meet tons of people along the way. I met Damian Marley last year and I was superbly stoked. I am huge fan of the Marley family. 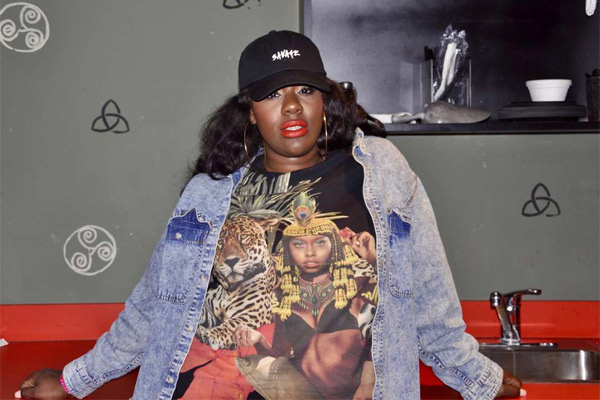 I also ran into Jermaine Dupri in the elevator at All-Star this year too! In all honesty, the list is lengthy, but I take it all in stride and cherish every moment and interaction, public or private.

Honestly, I’ve been into music my whole life. I play several instruments and enjoy music on many varying levels. Turntables were just another instrument for me to learn, and obviously, God had a plan in store as to where that would take me. I was a ball kid for the team growing up.

Those are the kids that rebound for the players, wipe the floor when the players fall. I knew that I wanted to work in sports and entertainment, and if it so happened to be for the Mavs, that would be even better. They are my absolute favourite athletic team. I did this for nearly six years.

After I relocated to Dallas after college, I started working with the WNBA team and a friend advised that I ‘shoot my shot’ with the Mavs, who at the time had the position filled. A few months after my inquiry, the position became available and I got the call.

A normal day? That’s an oxymoron. Because I’m self-employed, my days are what I make them, which is honestly the biggest double-edged sword ever.

I’m a mother to a beautiful five-year-old girl who definitely keeps me on my toes. I try to wake up early, pray and meditate, prepare my child for school, have breakfast, drop her to school and then head to the gym, where I work out with my trainer.

After that, I usually spend some time at a coffee shop writing and replying to emails, making phone calls and sorting and downloading music. I then pick up my little one from school, tend to her after-school activities and needs, and if it’s a work day, I head out to work.

I honestly have a great team and support system around me. My mother is the real MVP (Most Valuable Player). She fills every gap, especially helping with my daughter. I have a management team, an assistant, a glam squad, mentors and great friends, and we’re all just working to be the most efficient squad we can be. That’s how I try to keep it together! When you interact with people, don’t be afraid to ask for, or talk about exactly what you are after. Your goals, dreams, ambitions, plans. Put it in the air. You’d be surprised how many people are eager to help you, contrary to popular belief.

Because of double standards. Being a DJ is a very, very power-filled role. I sincerely think that being a powerful woman intimidates some, and that’s why the narrative has been that women shouldn’t or can’t assume such roles.

Also, the nature of the business can be daunting in terms of the hours one keeps and the environments in which you work.

Thankfully, the narrative is changing and the myths are being debunked. I work the corporate circuit very heavily, so I’m not always in nightclubs. It’s a choice I have and that’s the reason I strive to be self-employed, so that I can control my narrative. There are some amazing female DJs with some serious residencies, who tour extensively and still manage to hold together a family unit. I think it is high time to start telling our girls that you can balance it all. Is it easy? No, but nothing worth having ever is.

I was last home was in 2015. I wish I could be there more, but my work schedule does not allow it. And then of course, I have a child in school. In my mind though, I’m there every day.

When I visit, I always play, and have played at various venues across the city. I have, and would definitely consider a career at home. I know we talk about overseas being the land of opportunity, but there’s so much opportunity in Kenya, I wish we just opened our eyes to it and spoke it up.

Kenya Seeks to Expand and Deepen Trade with the US