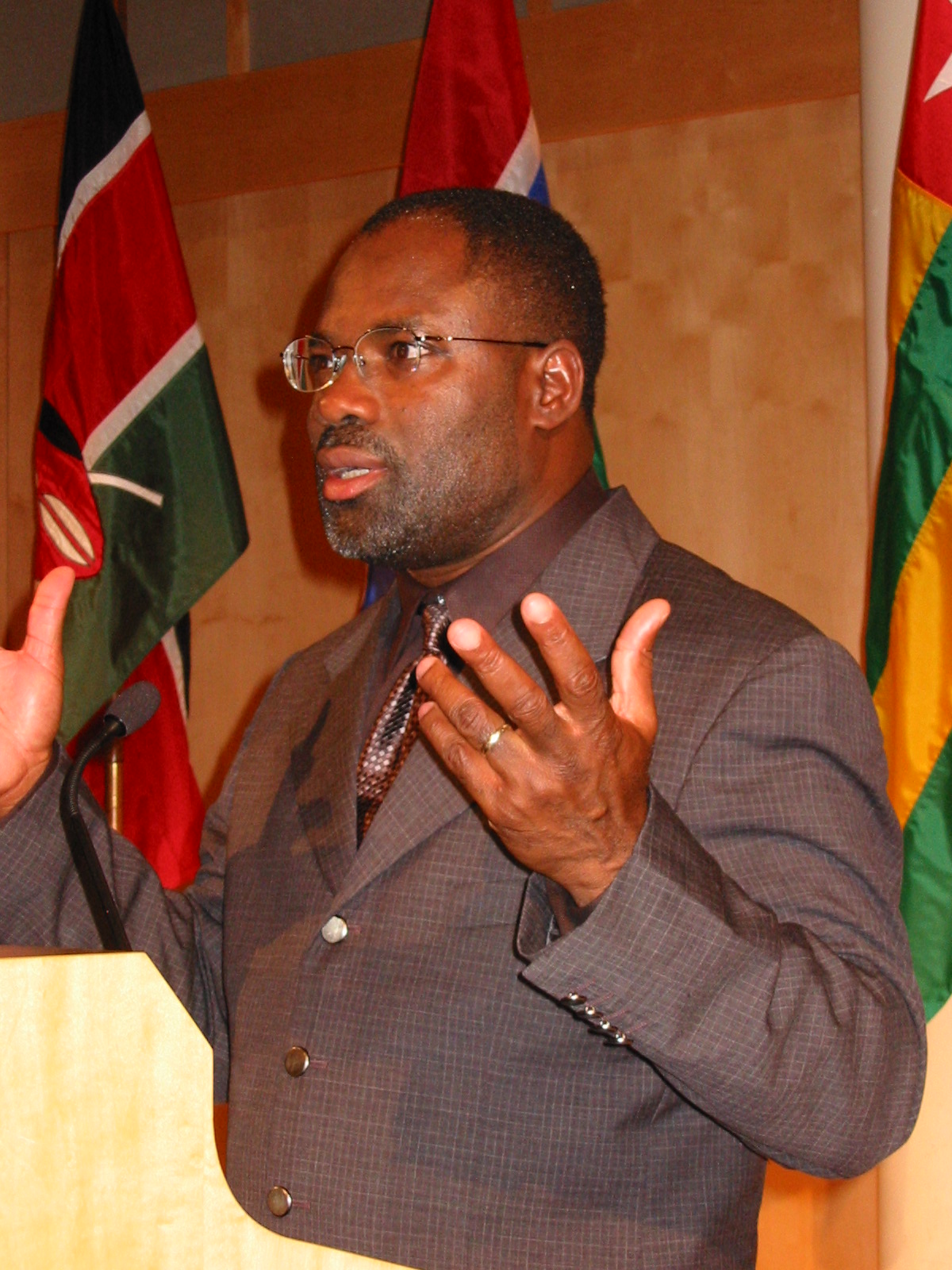 Dr. Philip Emeagwali, who has been called the “Bill Gates of Africa,” was born in Nigeria in 1954. Like many African schoolchildren, he dropped out of school at age 14 because his father could not continue paying Emeagwali’s school fees. However, his father continued teaching him at home, and everyday Emeagwali performed mental exercises such as solving 100 math problems in one hour. His father taught him until Philip “knew more than he did.”

At the age of 17, he was awarded a full scholarship to Oregon State University where he majored in math. Upon graduation, he attended George Washington University and was awarded two engineering master’s degrees, one in civil engineering and the other in marine engineering, a master’s in mathematics from the University of Maryland. He later achieved his doctorate from the University of Michigan in civil engineering (really scientific computing). Philip Emeagwali’s greatest achievement, that warranted him the most praise, was The Connection Machine. The Connection Machine utilizes 65,000 computers linked in parallel to form the fastest computer on Earth. This computer can perform 3.1 billion calculations per second. This is faster than the theoretical top speed of the Cray Supercomputer. Though he did not “invent” The Connection Machine, his work on it won Philip Emeagwali the Gordon Bell Prize of 1989. The parallel computer was twice as fast as the previous year’s computer. The Connection Machine was a great advancement over previous designs built by IBM’s design teams of Thomas J. Watson, Jr. and Fred Brook.

At the Army High Performance Computing Research Center at the University of Minnesota, Emeagwali conducts research on next-generation supercomputers that will enable scientists and engineers to solve important problems in diverse fields: meteorology, energy, the environment, health, etc. He has also worked with the Maryland State Highway Administration, U.S. National Weather Service, U.S. Bureau of Reclamation, and the University of Michigan, where he conducted his award-winning research.

“I find supercomputing to be a fascinating, challenging, and critical technology that can be used to solve many important societal problems, such as predicting the spread of AIDS, and many other computational `grand challenges.’ These are scientific problems whose accurate solution requires that a quadrillion or more arithmetical calculations be performed,” the computer wiz says. Such problems are impossible to solve on traditional computers, but massively parallel supercomputers will make it possible.

Major Awards and Prizes Mr. Emeagwali has won many awards and prizes including:

Pioneer of the Year-from The National Society of Black Engineers

Philip Emeagwali designed the program and formula for the fastest computer on earth, the Connection Machine. He designed the system of parallel computers that are used by all search engines, for example Yahoo or Search.com. The parallel computer idea was also worked on by individuals such as Burton Smith and Daniel Hillis.

The Connection Machine with a program developed by Philip Emeagwali solved a 350 year old packing problem that was considered to be one of the great unsolved mathematics problems. The Connection Machine and Mr. Emeagwali also designed equations to explain how sperm swim, how polluted groundwater flows, how the Earth’s interior moves and causes volcanic eruptions, finally how to recover petroleum safer and in larger quantities.

6). NSBE Interview (2002) with Philip Emeagwali All I Really Need to Know I Learned in Kindergartem.

7) communications with other Black computer scientists.

Share thisFacebookTwitterPinterestEmailWhatsAppDr. Philip Emeagwali, who has been called the “Bill Gates of Africa,” was born in Nigeria in 1954. Like many African schoolchildren, he dropped out of school at age 14 because his father could not continue paying Emeagwali’s school fees. However, his father continued teaching him at home, and everyday Emeagwali performed mental exercises