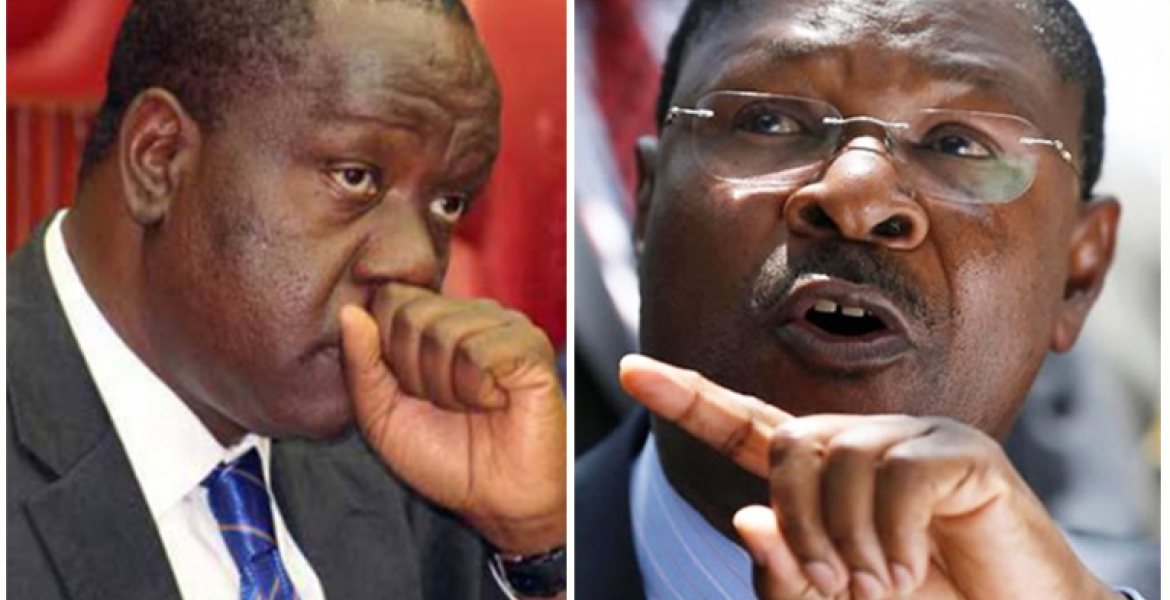 The CS says that he owes no apologies to the Bungoma Senator over a response he made to him after the Senator sent him an SMS on why he imposed a ban on Nasa anti-IEBC protests in Nairobi, Mombasa and Kisumu Central Business District.

In an SMS to Matiang’i Wetang’ula wrote: ” “Mr Matiang’i, why don’t you engage a lawyer to advise you on the constitutionality of your action, utterances and threat to innocent Kenyans. You have no power and capacity to ban lawful protest and or demonstrations.”

Matiang’i responded with a single word, ‘Nonsense’, which he now says he has nothing to regret about the response.

“I used ‘nonsense’ response on Wetangula because what he said was as same as that. I used an English word which means what you are saying is not sensible. And it is there as an English word in the dictionary so that you use it to express yourself when something that someone is telling you does not make sense,”.

“There is no crime in that. It is an expression, it is an English word,” Dr. Matiang’i said in interview with Citizen TV.

Matiang’i Explains Why He Replied with ‘Nonsense’ to an SMS from Moses Wetang’ula Reviewed by samrack on October 15, 2017 .

Share thisFacebookTwitterPinterestEmailWhatsAppMatiang’i Explains Why He Replied with’Nonsense’ to an SMS from MosesWetang’ula Acting Interior Cabinet Secretary Fred Matiang’i has commented on the SMS spat with National Super Alliance (NASA) leader Moses Wetang’ula. The CS says that he owes no apologies to the Bungoma Senator over a response he made to him after the Senator sent