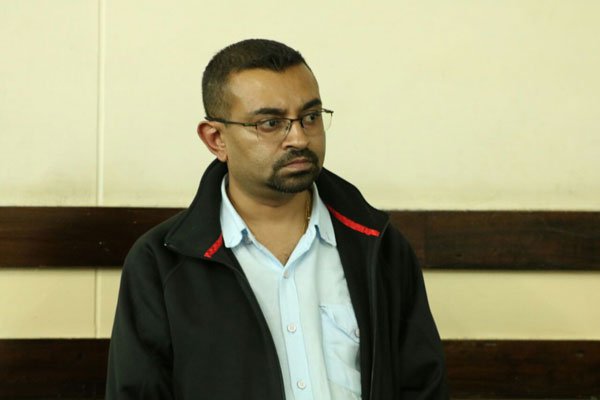 A man was on Thursday charged in court with Sh7 billion tax evasion in what could be the biggest such case in Kenyan courts in recent times.

Keval Kumar Navin Maisura stood pensively at the Makadara Chief Magistrates Court in the afternoon as the long list of charges against him was read out.

He was accused of, among others, registering more than nine business names and making fictitious invoicing in excess of Sh15 billion.

Kenya Revenue Authority lawyers said two suspects, one who was not charged, defrauded or aided in defrauding the government approximately Sh2.4 billion in Value Added Tax, and a further Sh4.6 billion in income taxes.

SUSPECTS
Earlier communication from Times Tower, the headquarters of KRA, had indicated that two suspects were in custody, and Thursday afternoon it was not immediately clear why the other suspect, Ms Arti Jagdiesh Bakrania (alias Ms Arti Kevalkumar Maisura), was not produced in court.

Mr Maisura denied all the charges and was released on a cash bail of Sh5 million or a bond of Sh15 million.

He was also ordered to deposit his passport in court. The pre-trial is set for April 19.

Detectives from KRA carried out a sting operation at the residential premises of the two suspects on Wednesday and confiscated crucial documents and electronic devices, including 10 electronic tax registration machines.

The suspect, with others who were not in court, was charged with four counts, including failing to declare Sh15.3 billion in income between 2015 and 2016 for taxation purposes.

The case is likely to send a strong warning to businesses that evade tax.

It could also help KRA advance its cause by using it as a warning to individuals and companies that do not file accurate tax returns at the end of the financial year, every June.

The taxman is investigating about 60 other traders and over 2,000 beneficiaries of the scheme, which it says are part of an elaborate tax fraud plot that its officers have been investigating for over a year.

Such fraudsters also register several business names for fictitious invoicing in a racket similar to the “missing trader” scheme in India and Europe.

In the scheme, fictitious invoices are generated to depict a business transaction but there is no actual supply or movement of goods and services.

The invoices are generated and sold at a fee by the ‘missing traders’ to existing companies in a clever racket that also inflates the cost of sales, thereby reducing the tax payable.

Most of the companies that have benefited from the syndicate are in various sectors, including construction, importation of hardware and household goods, scrap metal dealership, and importation of electronic items, including mobile phones.

IMPORTS
Some of the companies import goods but under-declare the imports in order to pay less import duty and VAT.

In order to claim input VAT, the companies then resort to buying invoices to inflate purchase costs, making them almost equal to sales, and thereby paying minimal tax, if any.

Some individuals use the loophole in exports, which are VAT zero-rated, only to divert the goods into the domestic market and pocket the 16 per cent VAT.

He said the arrests were as a result of KRA’s newly established Intelligence Management Department, whose mandate is to establish effective framework to collate and manage intelligence relating to tax evasion and the role, if any, of KRA staff in abetting such malpractices.

Keval Kumar Navin Maisura appears before the Makadara Chief Magistrate on April 5, 2018. He was accused of registering more than nine business names and making fictitious invoicing in excess of Sh15 billion. PHOTO | NATION MEDIA GROUP  Man charged with Sh7bn tax evasion A man was on Thursday charged in court with Sh7 billion