Longest cold war ever: Stubborn man refused to speak to his wife for 20 years because he was ‘sulking’

Home  › Diaspora › Japan › News › Parenting › Relationships › U.S Diaspora › Longest cold war ever: Stubborn man refused to speak to his wife for 20 years because he was ‘sulking’ 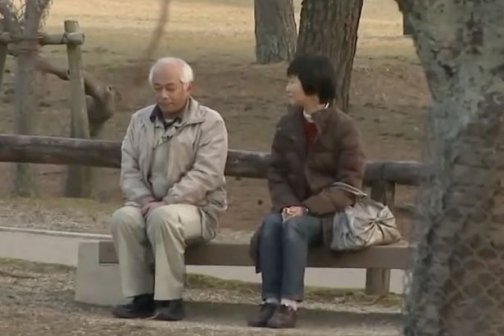 Longest cold war ever: Stubborn man refused to speak to his wife for 20 years because he was ‘sulking’

A man refused to speak to his wife for more than 20 YEARS because he was ‘sulking’, adding: “There’s no going back now”.

Father-of-three Otou continued to live with his wife and family, speaking normally to his children, but he never uttered a word to his long-suffering wife Katayama Yumi for two decades.

She spoke to her partner and addressed him as usual but to no avail – he would only nod or grunt in reply.

Revealing the reason behind his silence, the man said he was “jealous” of the attention his wife gave their children.

The bizarre problem came to light after the Japanese couple’s 18-year-old son, Yoshiki, wrote into a TV show asking for help to reunite his parents.

He said he had never heard his parents speak since as far back as he can remember.

“My father doesn’t talk to my mother but my mother talks normally to him,” he explained on the show.

His 21 and 25-year-old sisters could also not remember a time that they had ever heard their parents speak to each other.

Speaking on the TV show, which is understood to be filmed in the city of Nara, Southern Japan, the father explained his reasons for giving his wife the silent treatment.

He felt she was not giving him enough attention.

“When the kids were born my wife was very involved and busy in raising the kids.

“I was kind of… jealous. I was sulking about it.

“There’s no going back now I guess,” he added.

The Japanese show plotted to reunite the parents by arranging a meeting between them at the same park where they had their first date.

And the strange situation had a talkative ending.

After visibly struggling, the father manages to utter a few words to his wife as they sit together on a bench in Nara Park.

As their children watch on and cry, Otou says: “Somehow it’s been a while since we talked.

“You were so concerned about the kids.

“Yumi up until now, you have endured a lot of hardship. I want you to know I’m grateful for everything.”

The pair promise their future together won’t be so quiet.

Longest cold war ever: Stubborn man refused to speak to his wife for 20 years because he was ‘sulking’ Reviewed by samrack on January 3, 2017 .