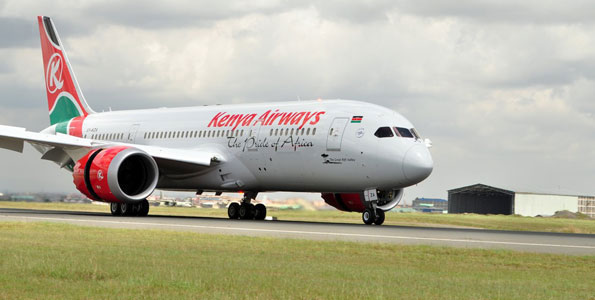 The exact terms of the deal were not disclosed in an announcement made by the German company.

The German airplane engines maker, however, said the service contract would see it provide maintenance and repair for the CF34-10E engines used in the airline’s Embraer 190 aircraft.

“MTU Maintenance and their new customer Kenya Airways have concluded negotiations on the contract for the maintenance of the CF34-10E engines used on the airline’s Embraer 190 aircraft,” said the firm in a statement.

“MTU Maintenance has been chosen by Kenya Airways as one of its two contractors for the maintenance, repair and overhaul of the CF34-10E6 engines for a period of five years.” The services are performed in Germany at MTU Maintenance Berlin-Brandenburg base.

High fleet maintenance costs have been cited as a major expenditure item for the troubled airline which is implementing a multi-pronged turnaround strategy to boost dwindling fortunes.

In 2014 Kenya Airways signed a multi-million dollar deal with Illinois-based AAR, a company that maintains and repairs aircraft, to service its Boeing 737 aircraft.

Kenya Airways operates a fleet of 15 Embraer190s — the largest CF34 fleet in Africa.

KQ — as the carrier is known by its international code — uses the Embraer 190, a modern twin jet used on shorter routes, to serve national and cross-border routes.

READ: KQ’s ambitious plan to fly out of its financial pit

The Embraer 190 is the third of the brand-new four-member Embraer E-Jets family of commercial aircraft and entered service in August 2005.

MTU Maintenance has been maintaining engines from the CF34 family since 2003. In 2015, MTU Maintenance had a 15 per cent market share, making it the largest independent provider of CF34 services worldwide.

It also is the number one provider for the African CF34 market, serving the top four airlines operating these engines in the region.