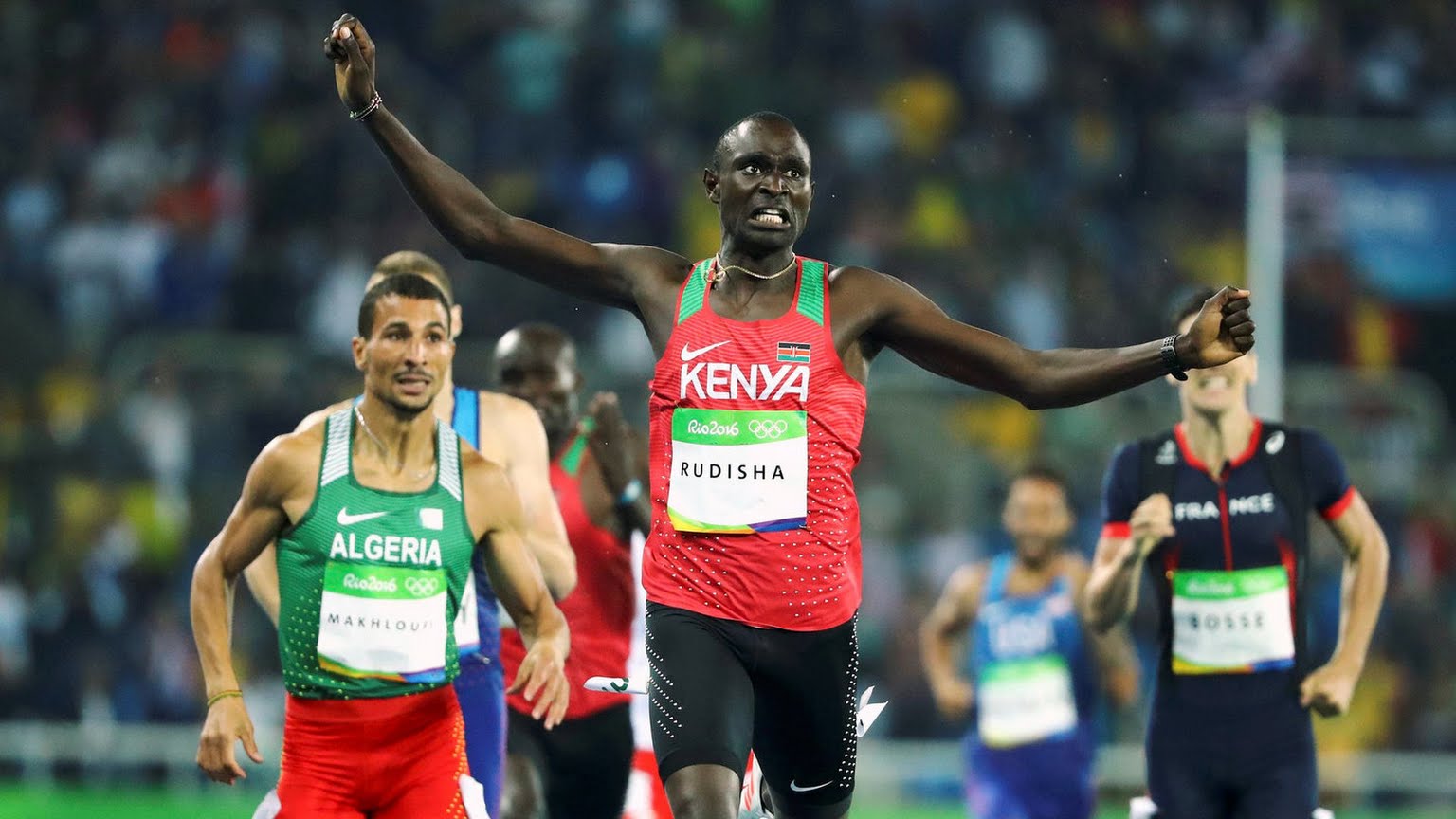 David Lekuta Rudisha, MBS is a Kenyan middle-distance runner. He is the 2012 and 2016 Olympic champion, World champion and world record holder in the 800 metres.