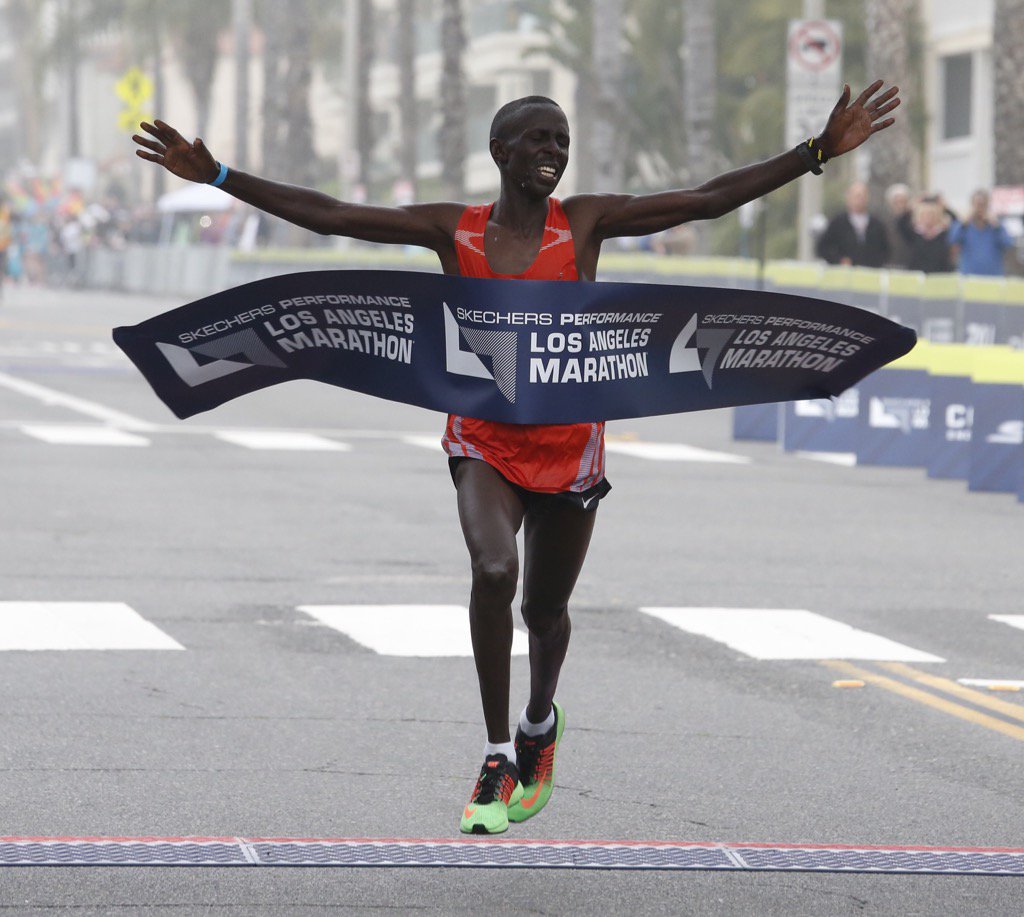 Elisha Barno of Kenya took control over the last mile to win the L.A. Marathon with a time of 2:11:53.

Barno was battling with Daniel Limo of Kenya for most of the race, but broke away at the turn on Ocean Avenue to cruise to victory.

Limo finished 24 seconds behind Barno, while a third Kenyan Wily Koitile finished. This is the 14th time that Kenyan men have swept the L.A. Marathon. READ MORE