Close relative suspected to have hand in Thika trader’s murder 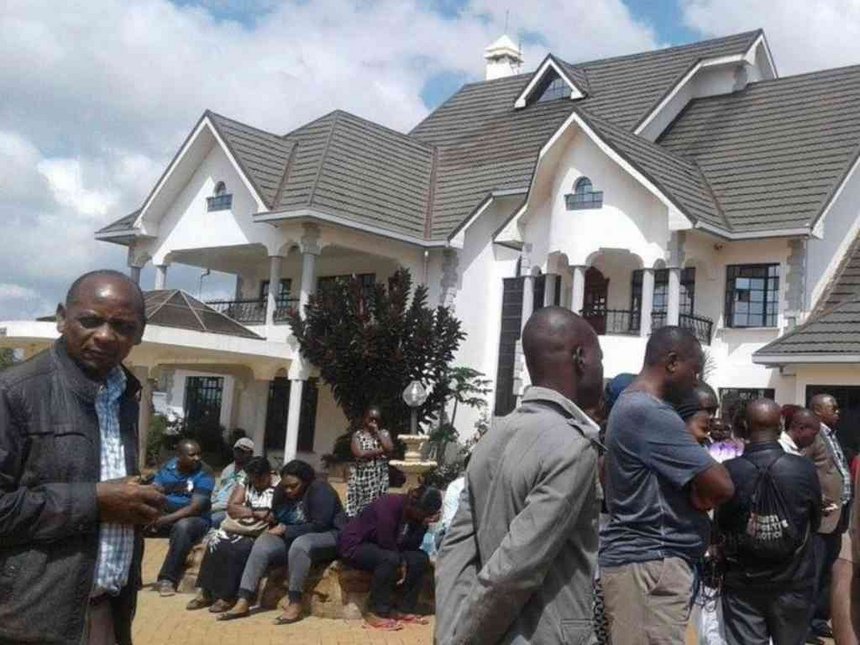 Mourners at the home of Thika businesswoman Joyce Wambui who was murdered on, February 27, 2017. /JOHN KAMAU

Close relative suspected to have hand in Thika trader’s murder

Police sources say her house help Purity Wanjiru testified that sometime last year she was promised Sh1 million to be part of the plot.

Two days before the murder she received a downpayment of Sh500,000 for her to cooperate. Wanjiru only received Sh100,000 that was delivered to her by John Muchira.

Wanjiru’s instruction was to leave the main door unlocked after her boss arrived home on the night of February 27, a task she fulfilled.

Githitu was killed by a gang that smashed her head with a crowbar.

Wanjiru was barely two months into the house having worked as a waitress at a Thika hotel before she was introduced to Githitu by one of the cashiers at her wholesale shop. At the time Githitu lived alone.

Wanjiru is said to have plotted the murder in collaboration with a relative, whom detectives say wanted her dead to inherit her wealth.

Detectives are pursuing several motives of the killing, having stumbled on new information that might implicate the relative who paid the killers. The deceased ran the Githitu Wholesalers, one of the biggest outlets in Thika town, besides having interests in real estate.

“In planning the murder, the relative probably thought the chance of inheriting the wealth was high once Githitu was out of the picture,” said the source.

Githitu was accosted in the bedroom by a four-man gang who killed her and left without stealing anything from her home in Maki Estate, Thika.

CCTV cameras were disabled prior to her arrival.

Investigators are trying to establish whether the killing was as a result of a business deal gone sour.

It was alleged that Githitu might have met her death after failing to pay one of her suppliers.

Murang’a county commissioner John Elung’ata said police suspect the killing could have been organised by a businessman who supplied her with stolen products.

“The police also traced the weapon. We are yet to know who gave out the money,” Elung’ata said, adding that detectives are pursuing other theories.

Wanjiru’s husband, Peter Githitu, was killed in Thika town in 2006. The couple had one child, Mercy Waithera, who is married to Chege.

Close relative suspected to have hand in Thika trader’s murder Reviewed by samrack on March 20, 2017 .