Kenyan Truck Driver Killed in a Crash in Oklahoma

Kenyan Truck Driver Killed in a Crash in Oklahoma

Kenyan truck driver was killed this morning near Weatherford, Oklahoma after his truck slid off highway I-40 near Mile Marker 78.

The truck was just one of the eight crashes that had occurred within a two mile stretch of the interstate.

Authorities say that the highway in this area is covered by a sheet of ice in both directions.

The name of the deceased will be released later as police have yet to do so officially.

The exact cause of the accident remains under investigation and the name of the victim is yet to be released, but police suspect the crash was weather-related, with freezing rain leaving area roads slick and hazardous. Drivers are being advised to avoid to avoid travel in the area. 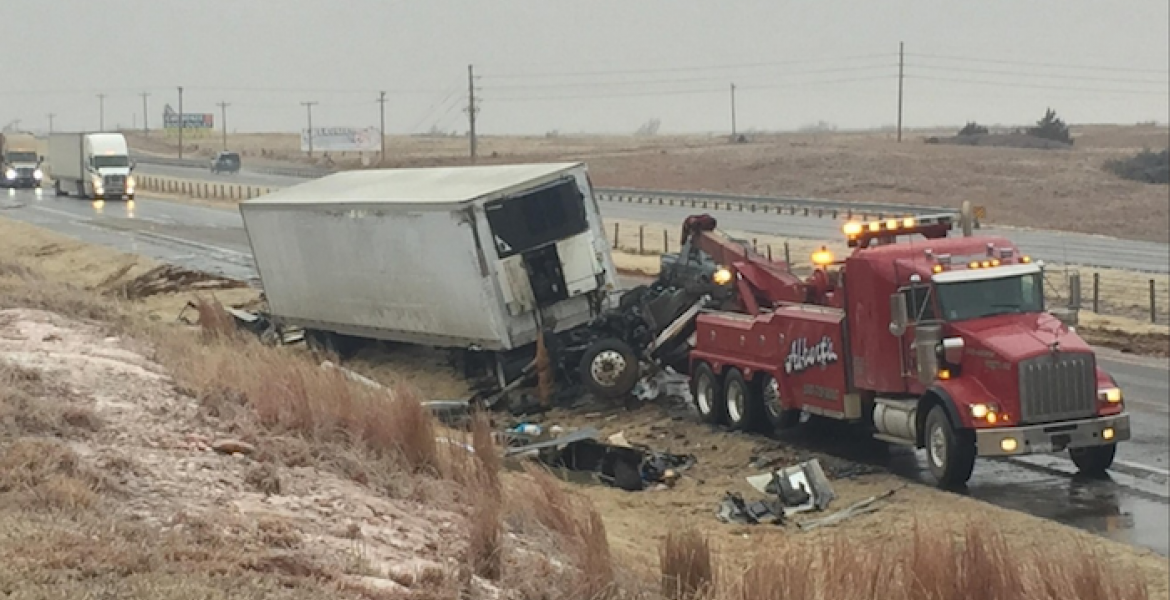 In Oklahoma City, crews responded to a crash near N.W. 39th and N. I-44 service road, and another one and W. I-40 westbound and N. Mustang Road.

According to the Oklahoma Highway Patrol, I-40 westbound between mile marker 102 and 104 in Caddo County has been closed because several jack-knifed semi-trucks jackknifed due to icy road conditions.

In Custer County, I-40 eastbound at mile marker 71 is shut down due to multiple over turned semis.

Meanwhile, crews responded to a 3-vehicle crash in the eastbound lanes of I-40 at mile marker 80 in Custer County. Both eastbound lanes are blocked and traffic is being diverted at the 80 Exit.

All lanes of I-40 were closed just west of Weatherford due to a crash. At about 9 a.m., authorities confirmed that westbound I-40 is open and the eastbound lanes remain closed.

Authorities are asking drivers to avoid the area and use US-183, SH-152 and US-281 to detour. Roads in that area are slick and hazardous so drivers should drive with caution and plan extra travel time. READ MORE