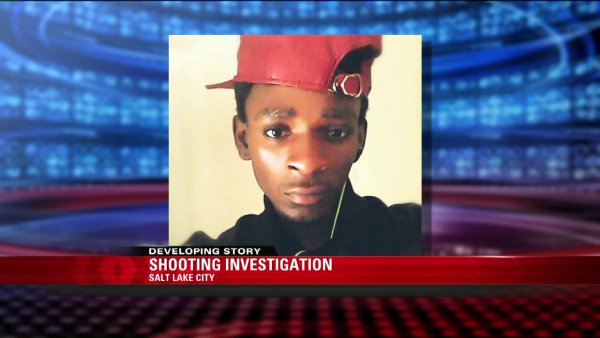 The teenager shot by Salt Lake City police on Saturday night has been identified by the family as 17-year-old Abdi Mohamed.

Mohamed is in a coma at local hospital after getting shot three times, according to family.

Police say two officers were involved in the shooting, but they wouldn’t go into any further details.

According to witnesses a fight broke out between Mohamed and another man in the Rio Grande District of Salt Lake City around 8 p.m.

“I don’t have much details on the shooting itself,” said Det. Greg Wilking of the Salt Lake City Police Department, adding later, “That’s what it sounds like: There was an altercation taking place, and our officers intervened into that altercation.”

Selam Mohammed, who was walking with Abdi at the time of the shooting, said Abdi had picked up a broken broom stick right before police arrived.

“The police said, ‘drop it’, once, then they shot him four times,” Selam Mohammed recalled. “We were trying to break it up before the police even came, but the police ran in on foot and pulled their guns out already. They already had them, like, as soon as he was running he was already grabbing for his gun, not even trying to Tase him or anything.”

Wilking said there were also reports of officers being injured because they were hit with objects. Some of the public reported being stung with a Taser and pepper sprayed by officers.

Mohamed is from Kenya and moved to Utah about 10 years ago, according to family. He lives in West Valley City with his girlfriend and their son.

“He was a really caring, good, loving boyfriend, and a really, good caring loving father, I know what he was doing every day, the things he would do for us, I wouldn’t expect that from him he just wanted to make sure we were loved and we were happy he put us in front of everything,” said girlfriend Becca Monson.

The Unified Police Department has taken over the investigation.

Kenyan Teenager Shot By Police in Salt Lake City, Utah Identified The teenager shot by Salt Lake City police on Saturday night has been identified by the family as 17-year-old Abdi Mohamed. Mohamed is in a coma at local hospital after getting shot three times, according to family. Police say two officers were involved in the