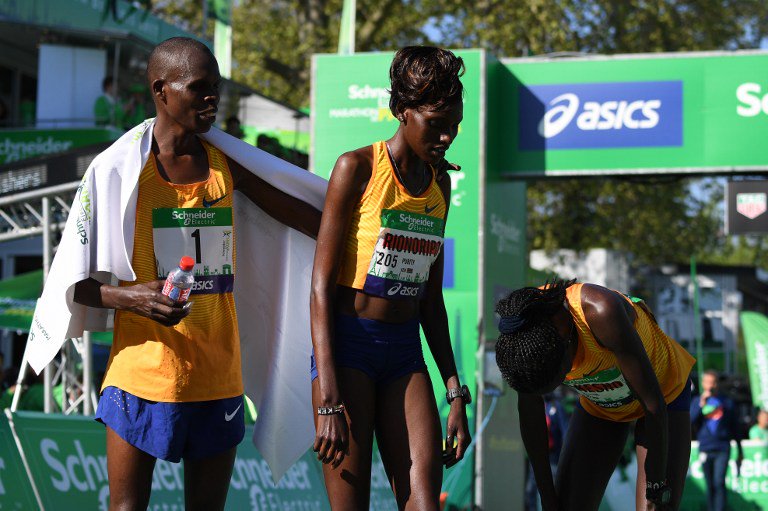 Lonyangata recorded his biggest career win in a time of two hours six minutes and 10 seconds.

With the French capital bathed in spring sunshine Rionoripo made it a family affair, setting a new record time of 2hr 20min 55sec.

The couple’s success put a smile back on the face of Kenyan athletics 48 hours after the shock news of Olympic marathon champion Jemima Sumgong’s failed dope test.

Sumgong was the first Kenyan woman to win an Olympic gold in the marathon when she triumphed in Rio last year.

The 32-year-old, who is also the reigning London Marathon champion, tested positive for the banned blood booster EPO in a test by the International Association of Athletics Federations (IAAF) in her native Kenya.