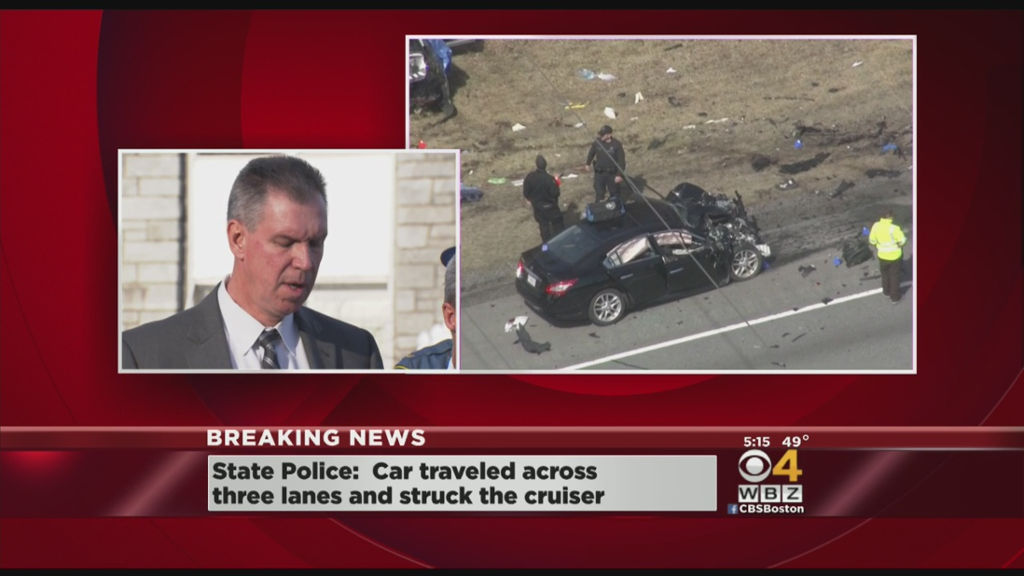 A vehicle being driven by a Kenyan man on the Massachusetts Turnpike in Chalton, MA today around noon struck a Massachusetts State Police cruiser and killed the State Trooper.

According to police, 30-year-old David Njuguna of Webster, MA was driving a Nissan Maxima westbound on the turnpike at a high speed, when he swerved across several lanes and slammed into the police cruiser that was stopped by the shoulder.  The trooper had pulled over another driver when Njuguna’s car struck him, according to police.

The trooper, identified as Thomas Cardy, 44, was rushed by helicopter to a nearby hospital where he was declared dead. He leaves behind a wife and six children.

Njuguna was flown to UMass Medical Center with serious injuries.

Police say they will pursue charges against Njuguna, including negligent operation of a motor vehicle and failing to stay within marked lanes.

1. Clardy’s Vehicle Was Struck After He Made a Traffic Stop

2.He Is Survived by His Wife & 6 Children

Police lining the streets outside the Medical Examiner’s office in Boston for Trooper Thomas Clardy pic.twitter.com/DJZhd8Splf

4. He Is Originally From Utah & Lived in Hudson, Massachusetts

5. The Other Driver Could Face Additional Charges, Police Say

Police said the driver of the Nissan Maxima, David Njuguna, 30, of Webster, could face additional charges. Police are also seeking to have his license suspended.

Share thisFacebookTwitterPinterestEmailWhatsAppKenyan Man Crashes into a Police Cruiser on Massachusetts Turnpike, Trooper Killed A vehicle being driven by a Kenyan man on the Massachusetts Turnpike in Chalton, MA today around noon struck a Massachusetts State Police cruiser and killed the State Trooper.   Trooper killed after his police SUV struck during Mass. Pike traffic stop