Bermuda Triangle discovery: Has the mystery finally been solved? 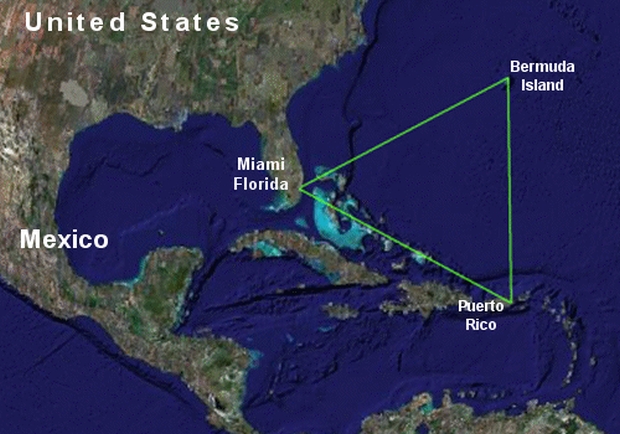 Bermuda Triangle discovery: Has the mystery finally been solved?

“Multiple giant craters exist on the sea floor in an area in the west-central Barents Sea … and are probably a cause of enormous blowouts of gas,” they tell the Sunday Times. “The crater area is likely to represent one of the largest hotspots for shallow marine methane release in the Arctic.”

Other experts have said gas blowouts from such craters, which measure 150 feet deep and up to a half-mile wide in Norway, could explain the sinking of ships in a region between Puerto Rico, Miami, and Bermuda dubbed the Bermuda Triangle.

“There is a version that the Bermuda Triangle is a consequence of gas hydrates reactions,” Russian scientist Igor Yeltsov said last year, per the New Zealand Herald.

Ice-like underwater methane can break away and form gas that bubbles to the surface, Live Science explained in 2014; Yeltsov says it erupts “like a nuclear reaction, producing huge amounts of gas.”

Research has shown that such eruptions could sink sea vessels, as NBC News reported in 2003, and this YouTube video appears to confirm that. But it’s not clear these blowouts even occur in the Bermuda Triangle, the Guardian notes.

And skeptics say the Gulf Stream’s many tropical storms would better account for the Triangle’s lost ships and planes.

The very term “Bermuda Triangle” is questionable: Still dismissed by the US Navy, it was invented in a dramatic 1964 article that probed the “mysterious menace” behind ships and airplanes lost in the area.

Bermuda Triangle discovery: Has the mystery finally been solved? Reviewed by samrack on March 17, 2016 .

Bermuda Triangle discovery: Has the mystery finally been solved? A new discovery has revived an old theory about ocean water gobbling up ships in the Bermuda Triangle if, that is, the Bermuda Triangle even exists. Researchers from the Arctic University of Norway say they’ve spotted large craters apparently created by methane buildups off Norway’s coast, Atlas Obscura reports.