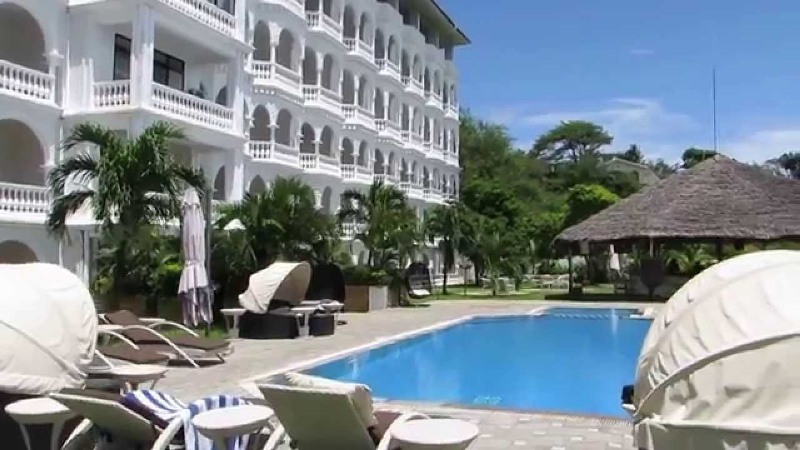 That assessment was made in the December edition of Hotel submissions in Kenya. Industry forecast, which forecasts key industry indicators has shown a positive year 2018 all through 2019.

According to the CS of Tourism Najib Balala, it is estimated the annual average occupancy rate for Kenyan hotels to hit more than the current 60 per cent occupancy and maintain at those levels through the end of the decade.

The industry is responding to this healthy forecast with new hotel brands, openings and renovations not only in Kenya but all over the world in all there major brands. Here are some notable ones this month.

PrideInn Mombasa which has been closed for renovations for refurbishment has begun its operation after the completion in November 2017.

PrideInn has remained to be a choice hotel for families and business travelers alike. It is among top brands in Kenya that have had an extensive Refurbishment to allow the provision of the very best hotel experience to our valued clients.

Global hotel chain Hilton Worldwide announced its plan to open its first Kenyan Hilton Garden Inn shortly after the construction of a Nairobi outlet by a franchisee is completed in December.

The Sh2.3 billion hotel on Mombasa Road near the Jomo Kenyatta International Airport (JKIA) is set for opening in March next year.

“The structure of the building will be complete in December but the hotel will be opened in March next year,” said businessman Noorali Manji, the Hilton Garden Inn developer.

The hotel sits on 1.3 acre land hived off from Modern Reliance warehouse land.

In other parts of the world, hotel industry has been on the move.

InterContinental Hotels Group has ground on the first of its new avid hotel brand in the Oklahoma City-Quail Springs area.

The hotel will have 87 guestrooms and open by the third quarter of 2018. IHG launched avid hotels about two months ago. So far, the company has received 100 franchise applications, including 34 that have turned into signed deals at various locations throughout the USA.

The brand is now also franchise-ready in Canada.

Avid hotels will target travelers who want a simple but comfortable hotel stay at a price point of about Ksh1000 to Ksh1500 less than IHG’s Holiday Inn Express brand.

All the hotels will be new builds. The exterior of each property will have an airy retail-like entry and a canopy. Inside will be several open public and work areas and communal spaces. The entire hotel will have IHG Connect high-speed Wi-Fi.

Guest rooms will include sound-reducing features, a dedicated workspace, and open storage areas. Guests will get a complimentary breakfast.

Hilton is introducing guestrooms that will allow guests to personalize and control everything through their mobile devices.

The new Connected Room, as Hilton is calling it, is being tested at the Hilton Garden Inn in Memphis and will expand to at least seven others in the next few weeks. A much larger roll-out is scheduled for 2018.

Guests will be able to control most functions of a room—lighting, temperature, curtains, the TV–via the Hilton Honors mobile app.

They will also have the capability to stream their preferred media from various accounts on the guestroom TV. In the future, travelers will be able to use voice commands to control aspects of their room and stream content.

They will also have the option of uploading their artwork and photos to be displayed in their room. If they choose, they can notify the hotel of their preferences before they even arrive at the hotel.

Hilton CEO Christopher Nassetta says the goal is to give guests “a travel experience where the room knows them and they know the room.”

Hilton has made various advancements with its mobile app including letting guests use their smartphones as room keys and choose the specific rooms they want to reserve.

“The technology we put in hotel rooms has to be intuitive, simple and quick to pick up,” says Joshua Sloser, senior vice president of digital production.

The first North American Canopy by Hilton has debuted in one of Washington, D.C.’s newest neighborhoods—the Wharf.

The Canopy by Hilton Washington, D.C. The Wharf is part of the $2.5 billion Hoffman-Madison Waterfront redevelopment of the property set on the Potomac River. The mile-long stretch has several new restaurants, shops, hotels and residences. A second phase of the project will continue into next year.

The hotel has 175 rooms and a rooftop bar and lounge called Whiskey Charlie.

The Canopy brand is one of Hilton’s newest additions to its portfolio. The first property opened in Reykjavik, Iceland.

Gary Steffen, global head of Canopy by Hilton, says unlike many other hotel chains, Hilton is not trying to attract a younger demographic.

“There are people, regardless of age and demographic, looking for these experiences,” he says.

The hotel does not have a traditional front desk. Instead, it has a more informal welcome area. An artisanal breakfast is included with the stay as well as a nightly tasting of craft beers, wines or cocktails.

Each hotel is meant to be bespoke. The Iceland Canopy has more industrial and Scandinavian touches while the D.C. one has a nautical theme, floor-to-ceiling windows for views of the River, and warm beige and gray tones.

“Every one of our hotels will speak to the neighborhood,” Steffen says.

The Dream Downtown gets an elephant in the room

Dream Downtown hotel has unveiled a life-size elephant sculpture in its lobby.

The move comes after the recent controversy around the ban on importing elephant trophies.

The hotel will donate a percentage of all bookings this month to The David Sheldrick Wildlife Trust to support efforts to protect the endangered species.

The structure was sculpted by Brian Comisky. A team of 11 artists contributed to the project.

Guests will also be asked if they want to make a $20 donation to the trust at the front desk. In exchange, they will receive a limited edition commemorative Dream elephant pin. On Instagram, visitors are being asked to use the hashtag #MyInnerElephant.

The hotel once known as the Langham Place, New York, now has a new presidential suite, a new spa and a new name.

The iconic hotel, a fixture on New York’s Fifth Avenue, will now be known as The Langham, New York, Fifth Avenue.

The re-branding comes after a year-long renovation that resulted in a new presidential suite by French designer by Roche Boboi and a new full-service spa, Chuan Body + Soul.

The hotel is part of the Hong Kong-based Langham Hospitality Group. Hotel executives say the name change will bring the property more in line with the company’s other hotels: The Langham, Boston; The Langham, Chicago; and The Langham Huntington, Pasadena.

The two planned upcoming hotels in the USA will also bear The Langham name vs. Langham Place. The Langham, Wade Park, is scheduled to open outside of Dallas in 2019  and The Langham, San Francisco will debut in 2020.

The company plans to grow its portfolio from 16 to 30 hotels in the next five years.

Kenya’s Best Western Plus Mombasa has rebranded to CityBlue Hotel & Suites.The first property CityBlue Hotels in Kenya, CityBlue Creekside Hotel & Suites Mombasais strategically located in Nyali, close to the Mombasa central business district and within easy access of the surrounding business areas as well as the Moi International Airport and the new Standard