Excitement was in the air  at a Kenyan community church in Lawrence,Massachusetts as a young Kenyan couple thronged their way to the Church alter.

It was a joyful,tearful moment  as Mrs Lilian Mukami Wa Nganga and Mr Leonard Nganga a.k.a “Wa John” re-united and rekindled their love after 16 years apart.

They got married in 1996,immediately got their first child and lived together for four years then the inevitable thing happened, when  Leonard Nganga got  an opportunity to travel and come to the United States for further studies. 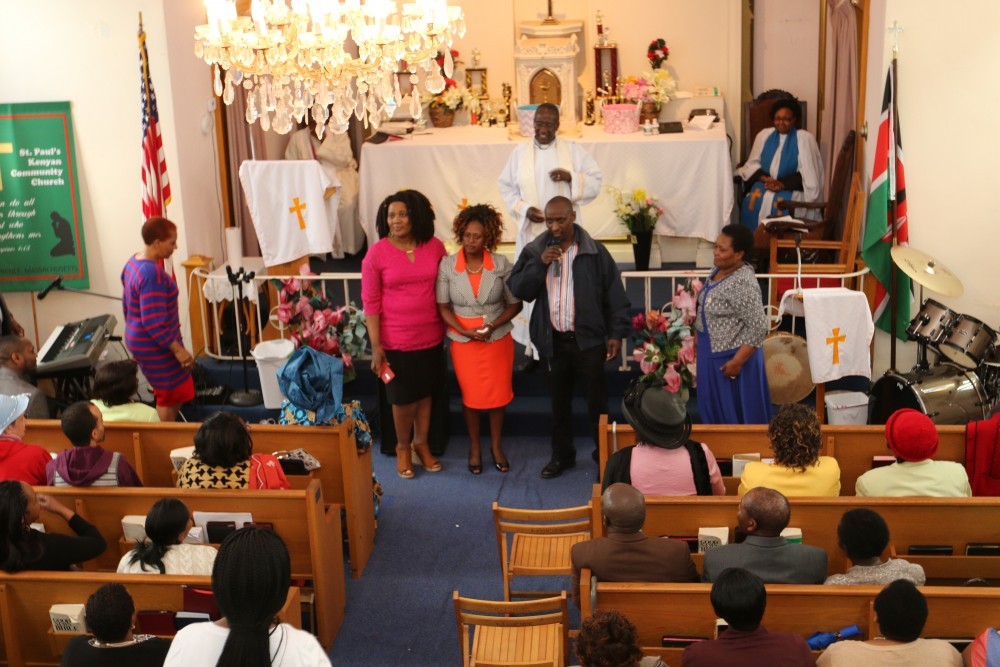 The Kenyan couple with humility gave an account of how hard it was and that  it was only “God’s will”  that brought them back together again.

Leonard and Lilian could not hide their tears and  joy as they spoke of Gods faithfulness during the  hard and dry years of their  marriage being distant from each other.

The Rector of St Paul’s Community Church Lawrence,Massachusetts  Ven Peter Gachathi and wife Mrs Nellie Ndiho,testified  how over the years  were burdened as a family and church to Pray,stand and interceed for the couple to be re-united.

And surely God showed himself strong as he performed the huge miracle for all to see and indeed as she stated God hears our every prayers and answers them in his divine time. 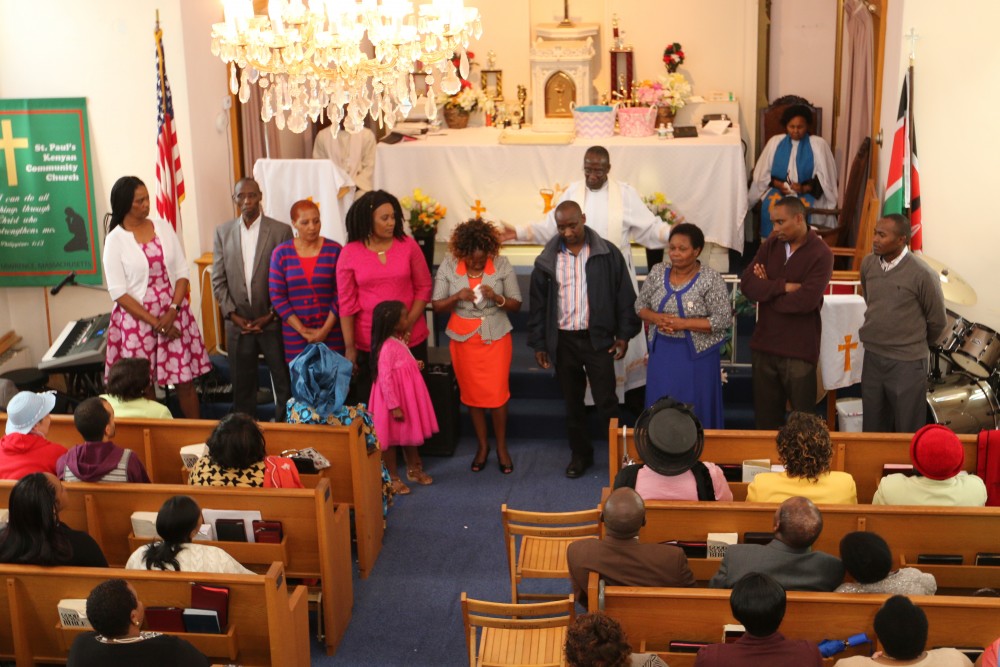 Speaking to a lady after service who did not want to be identified,had this to say ” She was touched by  the deep love between  Leonard Nganga A.K.A Wa John and Lilian Mukami as they rekindled their love and  marriage having lived apart for 16 years.

It gives us the hope and assurance that God is faithful and that delays are not denial,a true testimony that “there is power in Prayers”She was also encouraged by the fact that the couple behind the scenes, had a good support network from both the church and the extended family.

To the Diaspora couple,this was a “Job of old Moment” where he said in the Bible  “i have heard of you by the hearing of the ear,but now my eyes sees you.” Job 42:5

The couple then gave a gift to the Church as a love token to God having seeing them through this difficult relationship hurdle.

Leonard and Lilian said that it was not easy,only but God and that Many Kenyans in the Diaspora  would also like to see their love one’s join them and prayed and urged  them to continue to put their trust in God and surely he will bring it to pass.

God is not a respecter of persons if he did it for them he can do it for anyone.

The church congregation then gathered around the  newly re-united couple just days old,prayed and gave thanks and many hearts were strengthened and encouraged,with few words to say and tears a second away,as they imagined what the couple had gone through,But through it all they had  learnt to trust in God.

Just as it is recorded in the Bible about Jacobs love for Rebecca having worked and waited for 14 years,we can say of the diaspora couple ” So leonard “Wa John waited for 16 years for Lilian but they seemed  like only afew days to him because for his love for her.