The arrest was given an unusually high-profile announcement for an apparent immigration violation, in a country where there has been some public tension over the arrival of a large number of Chinese labourers as China increases its investment. 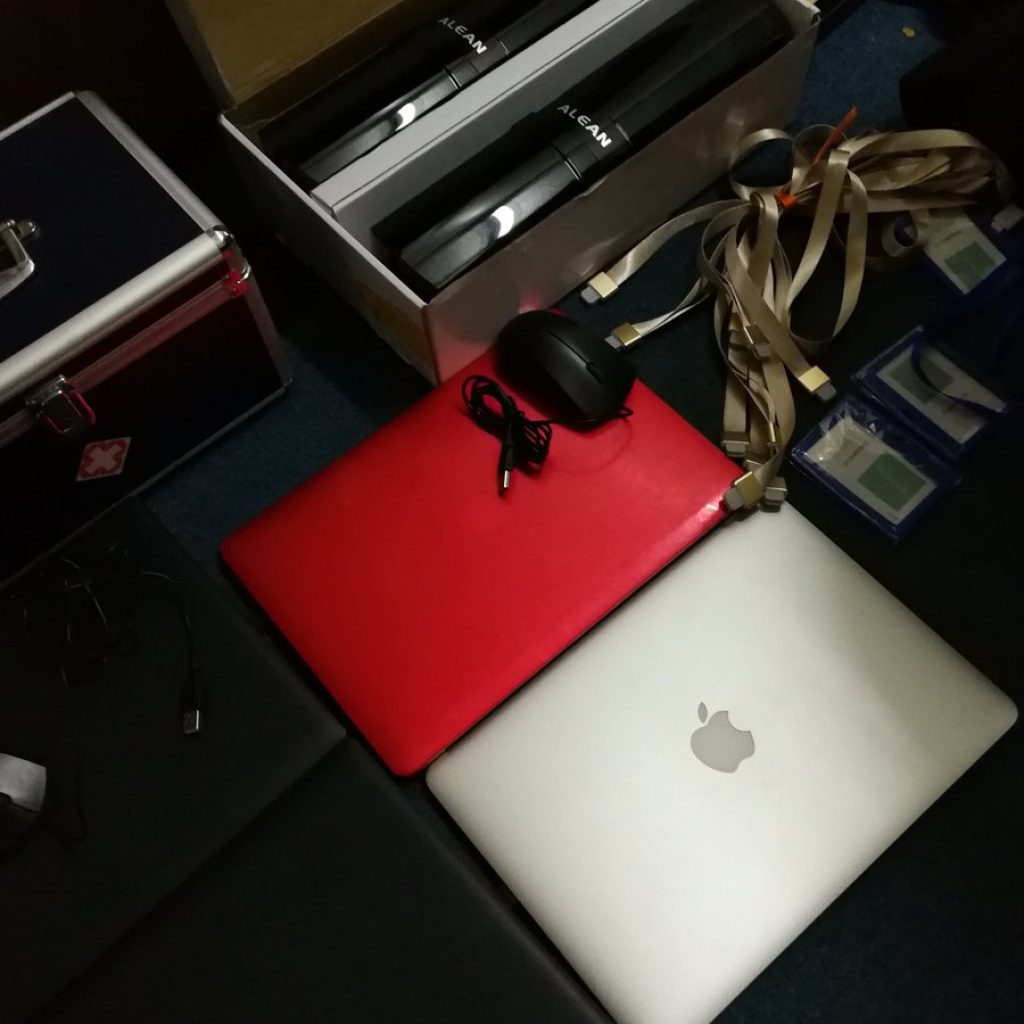 It is believed that the 5 arrested Chinese Nationals have been using hired vehicles. This is one of the cars that was impounded. For now they are being detained at Nyayo house. #AskImmigrationKE @GKihalangwa @InteriorKE @FredMatiangi @RoadAlertsKE pic.twitter.com/AzCMSTVcWD

The government said police and immigration officers had arrested four Chinese men and one woman, and recovered military and security gear including uniforms, walkie-talkies and tear gas canisters in Nairobi’s upscale Lavington area before dawn.

The suspects “claimed they were planning to open a security firm but preliminary investigations show that they have no work permits; all of them are in the country on tourist visas,” a government statement said.

Chinese contractors are implementing infrastructure projects in Kenya mainly in transportation. Some Kenyans complain on social media that the authorities do not do enough to enforce immigration laws and ensure firms hire Kenyan workers.

BREAKING NEWS : Items recovered are, Radio Calls, Military uniforms, laptops metal detectors and many others. They will be detained for sometime as the investigating agencies do further investigations. #AskImmigrationKE @GKihalangwa @InteriorKE pic.twitter.com/otNFYPH9ez

Kenyan employees of the $3 billion, Chinese-funded Mombasa-Nairobi railway which opened last year have complained of mistreatment from Chinese staff, which the railway denies.

A Chinese national was deported from Kenya in early September after he was captured on video insulting Kenyans, including the president, illustrating the tension.

Authorities in Kenya and Zambia have under a week arrested Chinese nationals deemed as being threats to their respective national security.

It started off over last weekend in Zambia where police reported the arrest of two Chinese over allegations that they were giving illegal military training to members of a local security firm.

Police said the two were picked up in Livingstone, the tourist capital. A number of Zambians were also arrested as part of the operation. Police also confiscated shotguns, a pistol and ammunition.

A combination of beauty and brains: How the Miss Tourism Kenya County Edition went down

A combination of beauty and brains: How the Miss Tourism Kenya County Edition went down