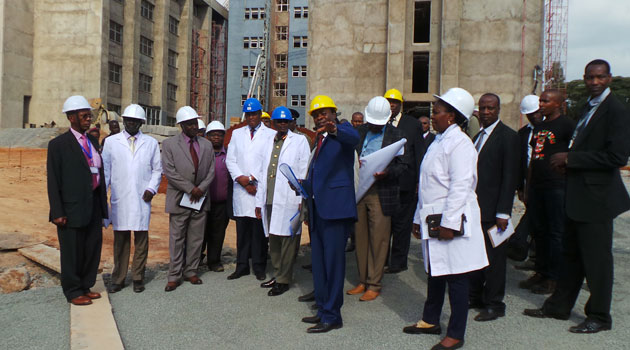 Inspector General of Police Joseph Boinnet says the Sh100 million police forensic laboratory whose work started last year will be ready in a month’s time. Given the changing dynamics of crime, the old methods of resolving cases, particularly murder, that depend on eye witness accounts have made it exceedingly difficult for the police to resolve the cases. And the pace at which the cases proceed has made it almost impossible to secure convictions. In the history of independent Kenya, there have been quite a number of murders that, decades later, still remain unresolved with no hope whatsoever that they will be concluded satisfactorily. The deaths of renowned politicians Thomas Mboya, JM Kariuki, and Robert Ouko under mysterious circumstances are some of the high-profile cases that jolted the country. Though suspects were rounded up and taken to court, there is a feeling that the murders were not conclusively resolved. The latest high-profile murder case in Kenya is that of Jacob Juma, a prominent Nairobi businessman who was murdered in May last year. To date, the murder remains unresolved. His murderers are still at large since no one has been held to account. Part of the reason these murders were never resolved is the lack of a forensic laboratory. And where families of victims of crime have wished to carry out the forensic examination abroad, legal issues and the prohibitive costs have undermined the quest for justice. ALSO READ: Four killed after thugs raid Limuru club Sadly, the setting up of a forensics lab has been a fits-and-starts affair. An attempt to establish a laboratory in the early 2000 ended up in smoke after the Anglo Leasing exposes where it was established that money was paid but nothing was delivered. Hopefully, a forensic lab will help unravel murder mysteries and other crimes that the Kenyan police have seemed out of depth in dealing with, especially where scenes of crime are contaminated, which happens in most of the unresolved cases.  RELATED TOPICS: forensic laboratory joseph boinnet crime
Source: https://www.standardmedia.co.ke/