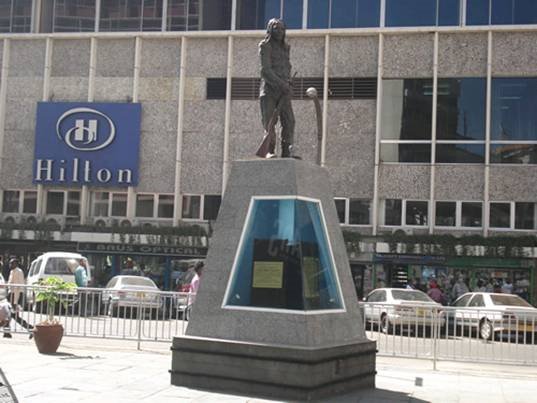 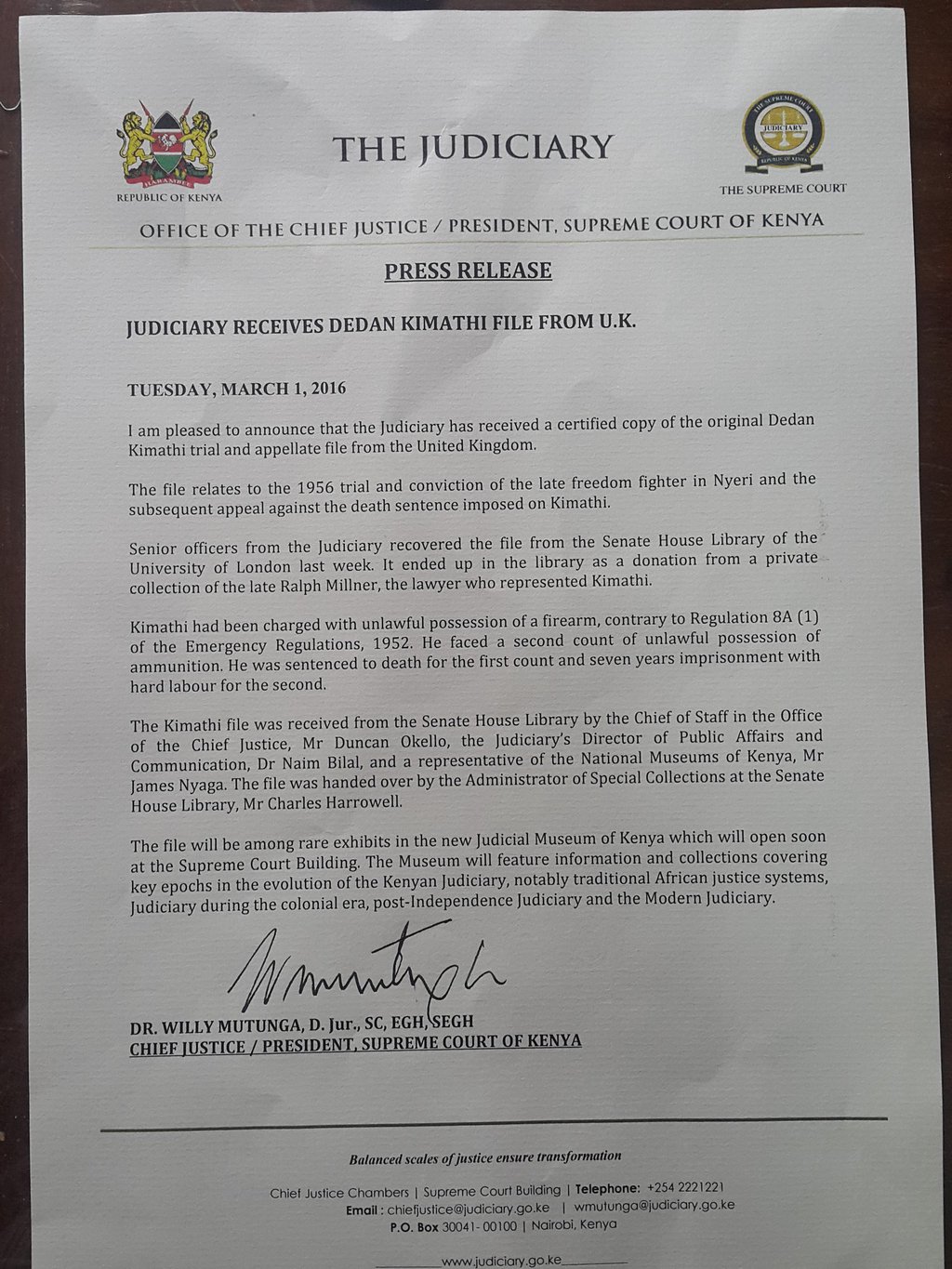 Nairobi, Kenya: Chief Justice Willy Mutunga Tuesday confirmed receiving  Dedan Kimathi’s trial and appellate file from the United Kingdom, the file is to be exhibited at soon to be opened Judicial Museum. In a statement sent to Newsrooms Willy Mutunga stated that he was pleased to announce that the Judiciary has received a certified copy of the original Dedan Kimathi trial and appellate file from the United Kingdom. The file relates to the 1956 trial and conviction of the late freedom fighter in Nyeri and the subsequent appeal against the death sentence imposed on Kimathi. Senior officers from the Judiciary recovered the file from the Senate House Library of the University of London last week. It ended up in the library as a donation from a private collection of the late Ralph Millner, the lawyer who represented Kimathi. Kimathi had been charged with unlawful possession of a firearm, contrary to Regulation 8A (1) of the Emergency Regulations, 1952. He faced a second count of unlawful possession of ammunition. He was sentenced to death for the first count and seven years imprisonment with hard labour for the second. See also: Judiciary wants changes to election petition rules The Kimathi file was received from the Senate House Library by the Chief of Staff in the Office of the Chief Justice, Mr Duncan Okello, the Judiciary’s Director of Public Affairs and Communication, Dr Naim Bilal, and a representative of the National Museums of Kenya, Mr James Nyaga. The file was handed over by the Administrator of Special Collections at the Senate House Library, Mr Charles Harrowell. The file will be among rare exhibits in the new Judicial Museum of Kenya which will open soon at  the Supreme Court Building. The Museum will feature information and collections covering key epochs in the evolution of the Kenyan Judiciary, notably traditional African justice systems, Judiciary during the colonial era, post-Independence Judiciary and the Modern Judiciary.