Kenya has no plans to pull out of ICC, says AG Githu Muigai 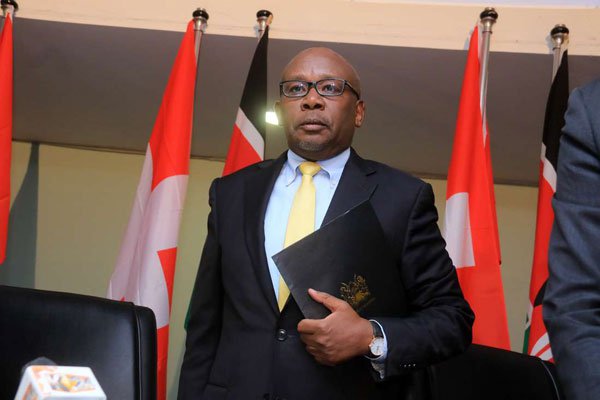 Attorney-General Githu Muigai. It is important that Kenya never withdrew from ICC, and has no plans at the moment lot withdraw, he says. PHOTO | JEFF ANGOTE | NATION MEDIA GROUP

Kenya has no plans to pull out of ICC, says AG Githu Muigai

Attorney-General Githu Muigai has asked the International Criminal Court to have a constructive engagement with Africa, which he says has been missing for a long time in the continent’s relationship with the global court.

While insisting that Kenya was not having any plans to withdraw from the ICC, Prof Muigai on Tuesday said The Hague-based court should engage more with the continent.

“Kenya sees the ICC as an institution that ought to be having a constructive engagement with Africa.  We ought to have a conversation of equals where issues are resolved with no acrimony,” Prof Muigai said at Strathmore University in Nairobi.

He was speaking when he opened an international justice symposium, Justice for International and Transnational Organised Crimes, a forum organised by the university, the Wayamo Foundation, and the Africa Group for Justice and Accountability.

“It is important that Kenya never withdrew from ICC, and has no plans at the moment lot withdraw,” he said.

Kenya has severally threatened to withdraw from the ICC and had led a continental push for an en masse exit.

In 2016, President Uhuru Kenyatta declared that no Kenyan will ever be tried at the ICC again after him, his deputy William Ruto and five other Kenyans had their charges dropped, or withdrawn in different times since they were indicted in 2010.

Prof Muigai, who will leave office once Justice Paul Kihara Kariuki has been vetted and appointed, said Kenya was planning to establish the International Law Division at the High Court.

“We are now in a world where a crime is planned in Europe, financed in the USA, perpetrators recruited in Asia, trained in Africa, for a crime to be committed in East Africa,” he said.

“That calls for us all to collapse our bureaucracies, commit in networks, and organise like the criminals in order to beat them.”

Bettina Ambach, the director of the Wayamo Foundation, said the symposium was one in the many in a two-year programme to promote better communication and organisation among actors to fight international and trans-national organised crimes.

Kenya has no plans to pull out of ICC, says AG Githu Muigai Reviewed by samrack on February 27, 2018 .