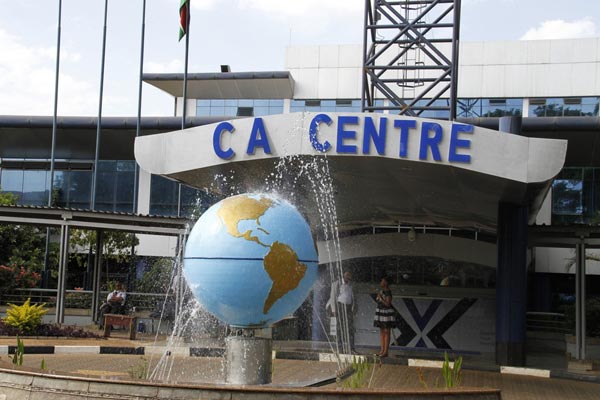 The Communications Authority of Kenya (CA) fined Safaricom, Airtel and Telkom Kenya some 3.1 million dollars for failing to meet the quality of service standards for the 2015/2016 financial year.

According to the quality of service report by the CA, the trio did not achieve the 80 percent minimum threshold set for compliance for the fourth year running.

In the latest report, Safaricom scored 62.5 percent, while Airtel and Telkom Kenya Ltd were rated at 75 per cent each, but all fell short of the 80 percent threshold a mobile operator should meet in order to be rated compliant.

Upon issuing the licensees, the industry regulator issued warning notices to the operators that a fine equivalent to 0.15 percent of their individual latest financial returns would be imposed on them at the end of the financial year for non-compliance.

Rachel Alwala, CA’s Assistant Director of Communications and External Affairs, said the Authority has continuously invested in systems and infrastructure to better improve the performance of the sector and its assessment methods.

“Additionally, a new quality of service framework has been developed in collaboration with stakeholders as part of efforts to continually improve the assessment of compliance by the operators,” Alwala said.

The new framework will see the Authority assess both data and voice services and increase its sampling rates countrywide.

The Authority has also initiated measures to enhance its capacity to ensure that it is able to effectively respond to emerging technologies and changing consumer service preferences.

By the end of September 2017, Kenya had over 41 million mobile subscribers out of a population of 45.4 million people with a mobile penetration of 90 percent.

The number of mobile money subscribers reached 28 million clients who transacted a total of 16 billion dollars over the same period.

Data and internet subscription stands at 31 million customers with a broadband penetration of 38.8 percent.