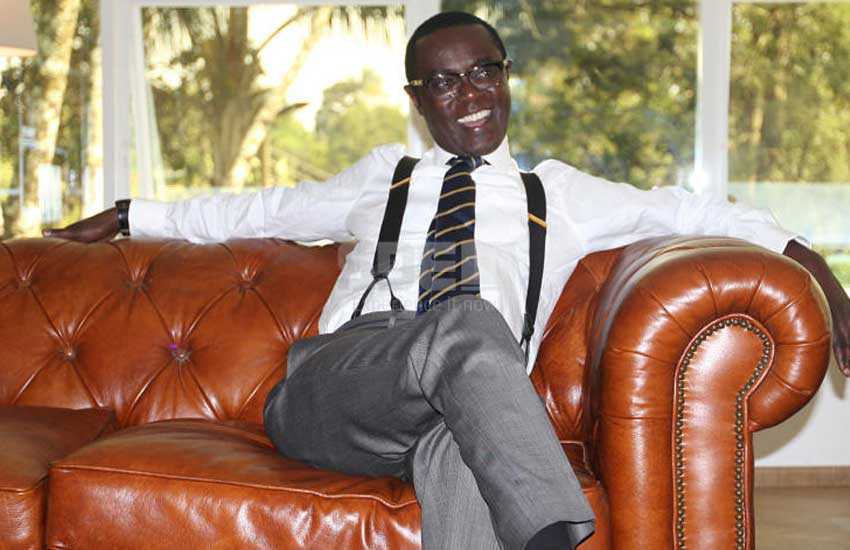 Popular political analyst Mutahi Ngunyi weighed in on the resignation of Nairobi County Deputy Governor Polycarp Igathe and his comment has, in itself, left social media pulsating.

Hon Igathe had shocked the nation on Friday with an announcement that he was resigning as the deputy of Hon Mike Sonko.

Taking to Twitter, Hon Igathe cited lack of trust between him and the Governor as a reason why he made that decision.

With signs of lack of cohesion among the two making headlines over the recent past, they went to lengths to portray a united front and give an illusion that all was well as City Hall. Seemingly did not curb much.

Ngunyi shared a post where he was giving remarks on what Hon Igathe would not have done. Basing on Igathe’s citation of trust as an issue between him and Hon Sonko, Ngunyi belittled his quote and said that ‘trust’ is not for politicians but girls.

His post caused a storm on Twitter where netizens wanted to know what he meant while a section of netizens based on the issue of resignation and not his statement:

The Currency of POLITICS is Not TRUST. It is common INTERESTS. Trust is for GIRLS, if you are a BOY. Polycarp should not have asked for Sonko’s TRUST. Sonko is NOT a Girl. He is a TH*G.

Mutahi Ngunyi stirs reactions with ‘Sonko is not a girl’ advice to Igathe Reviewed by samrack on January 13, 2018 .