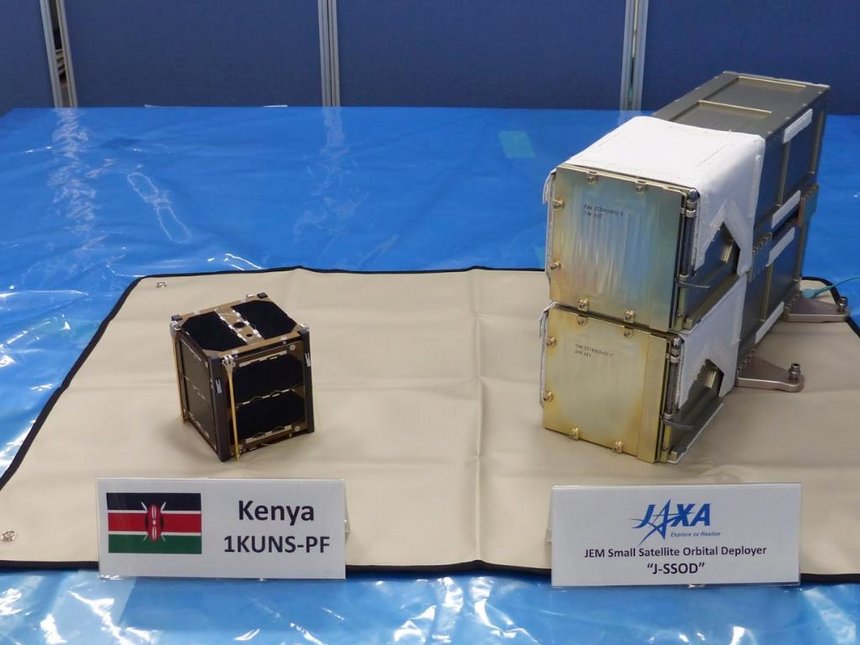 In a major space science breakthrough, Kenya has built its first satellite, mainly to observe farming trends and monitor the coastline.

The Sh120 million tiny 10 by 10cm cube nanosatellite is to be launched in April or May from the International Space Station.

The satellite was developed by the University of Nairobi in collaboration with the Japan Aerospace Exploration Agency. Mostly funded by Japan.

The University of Nairobi said the satellite will also be used to test technologies for the launch of a larger earth observation satellite in the future.

The launch, if successful, will earn Kenya a position in the small club of African countries engaged in space science.

Only South Africa, Nigeria, Ghana, Algeria, and Egypt have satellites in space. Koichi Wakata, the Japanese agency’s ISS programme manager, said Kenya’s satellite will be delivered to the ISS in March.

“At Jaxa, we are committed to making every effort to prepare for the successful deployment of the Republic of Kenya’s first satellite utilising unique capability of the Japanese Experiment Module Kibo on the ISS,” he said.

The ISS is a large spacecraft built by several countries to orbit Earth and house astronauts working on experiments.

UoN engineer Dr Jackson Mwangi, who was involved in the satellite development, said it was handed over to Jaxa in Japan on Tuesday last week.

It comes in a new form, a nanosatellite. It’s extremely small, a 10 by 10 centimetre cube, with volume of one litre.

Kenya’s first satellite was developed through a programme known as KiboCUBE, launched in September 2015 by the United Nations Office for Outer Space Affairs and the Jaxa.

The programme offers educational and research institutions from developing countries the opportunity to deploy cube satellites from the ISS.

The term “nanosatellite” or “nanosat” is usually applied to an artificial satellite with a mass between one and 10kg.

For the first time, a voice call was made via a nosatellite using a regular smartphone, in September last year.

Share thisFacebookTwitterPinterestEmailWhatsAppKenya builds 1st satellite, launch set for April, May In a major space science breakthrough, Kenya has built its first satellite, mainly to observe farming trends and monitor the coastline. The Sh120 million tiny 10 by 10cm cube nanosatellite is to be launched in April or May from the International Space Station. The satellite