Hunt on for Kiambu cop who rented gun to thugs 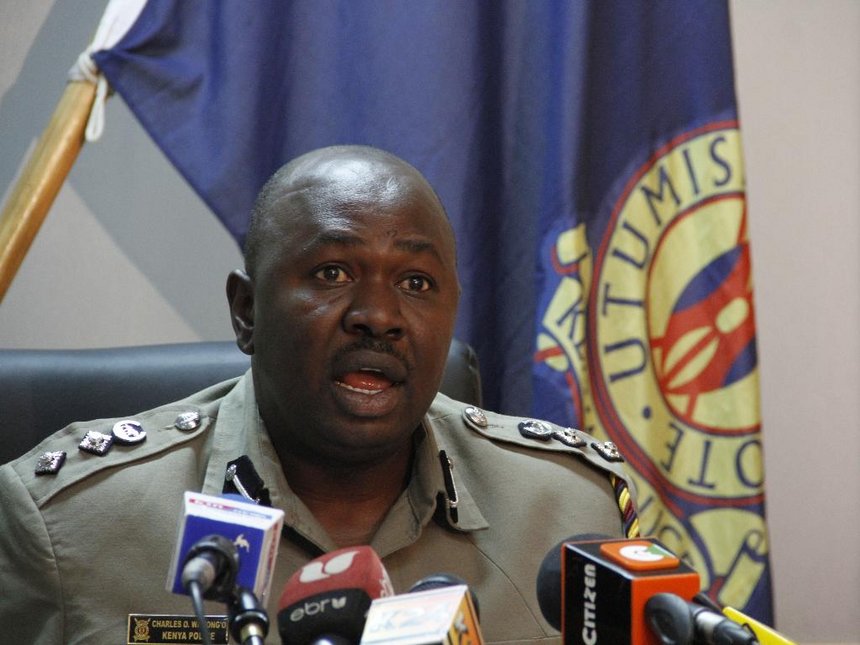 Hunt on for Kiambu cop who rented gun to thugs

Detectives from the Special Crime Prevention Unit are hunting for a Kiambu-based police officer accused of renting his gun to criminals.

The Senior Sergeant of police, attached to the Kiambu police station, went into hiding last Friday. He disappeared hours after two suspected thugs were shot dead in the Industrial Area and two

One of the recovered pistols was identified as belonging to the officer. Head of the SCPU Noah Katumo last evening said they had not arrested the officer.

This incident has exposed the collusion between criminals and police officers. In Nairobi, top police commanders are facing a similar dilemma after it emerged that some officers were colluding

“We cannot entertain any criminals in the name of police officers. Any officers giving guns to criminals know very well what will happen to them,“ Owino said.

A new wave of crime where armed criminals target businessmen going into and out of banking halls and robbing them has emerged as one of the cases where police collude with the thugs.

Sources at the Kiambu county police headquarters said the officer had not reported the gun missing, thereby drawing the conclusion that he rented it to the criminals.

High-placed sources within the police yesterday told the Star that some officers in Nairobi are colluding with criminals in the city. Some of the rogue officers are suspected to be involved in planning and execution of robberies.

On July 24, last year, four police officers were arrested for allegedly robbing a Chinese national of Sh2 million along the Nairobi-Nakuru highway. The Chinese national was attacked as he drove from Nairobi to Bomet. Investigations by the Kikuyu DCI officers led to the arrest of the four.

On March 5, last year, four AP officers and three security guards were arrested over a Sh4 million heist at a Nairobi supermarket. The four were arrested after CCTV cameras recorded the officers stage-managing a robbery on the Naivas Supermarket along Thika Road.

Hunt on for Kiambu cop who rented gun to thugs Reviewed by samrack on January 23, 2018 .

Police Spokesman Charles Owino during a press conference at Vigilance House on September 9, 2016 /MONICAH MWANGI Hunt on for Kiambu cop who rented gun to thugs Detectives from the Special Crime Prevention Unit are hunting for a Kiambu-based police officer accused of renting his gun to criminals. The Senior Sergeant of police, attached to