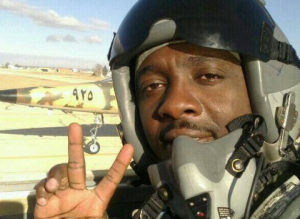 Major Jonathan Kingu Otongo died after his aircraft, a Northrop F-5 Tiger II Freedom fighter aircraft developed avionics and engine failure problems before it crashed inside enemy territory in Somalia.Major Jonathan Kingu Otongo decision to return and conduct another airstrike on Target Araara was both suicidal and a good soldiers instinct, he killed 89 foreign terrorists.

Major Jonathan Kingu Otongo fired the sidewinders on his F-5 Tiger II jet bomber. This time, he hit the center of the old house before he struck every aspect of the compound and its structures.

The bombs flattened the compound except for the banana plantation about 50 meters from the wall north.READ MORE