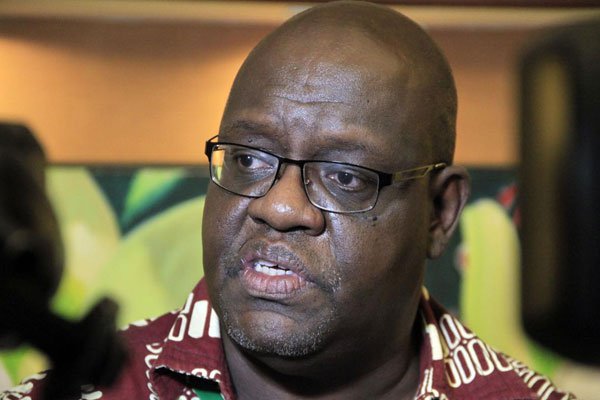 Anti-corruption campaigner John Githongo is scheduled to take part in a Washington press conference on Wednesday with a US congressman critical of Kenya’s proposed $418 million arms purchase.

Mr Githongo and Congressman Ted Budd plan to announce a fund and a website aimed at exposing government corruption worldwide.

The initiative will group “financial technology, social media and secure online electronic payments together to form a brand new tool for everyday citizens in the battle for transparent government,” according to an announcement by Congressman Budd’s office.

The Republican lawmaker intends to draw links between this initiative and his opposition to Kenya’s planned purchase of a dozen weaponised border-patrol aircraft and related items from L3 Technologies, a New York-based military contractor.

In announcing the event taking place in a US House of Representatives office building, Congressman Budd cited “credible allegations of fraud, misrepresentation and faulty contracting surrounding the sale.”

Reporters will be briefed, he added, on “recent efforts to stop the profiteering on foreign weapon deals, specifically focusing on the recent Kenya deal being targeted in an ongoing congressional probe.”

Congressman Budd has said that a weapons manufacturer in his home state of North Carolina is able to provide at a far lower price the combat-proven aircraft Kenya is seeking for use against Al-Shabaab.

Mr Githongo will discuss “his experience in exposing one of the biggest government corruption scandals in Kenyan history,” the announcement said in an apparent reference to the Anglo Leasing deal.

Roey Rosenblith, the US director for Anti-Corruption International, will join Mr Githongo and Congressman Budd at the Capitol Hill press conference, the announcement noted.