How Trump won,The Simpsons American TV show got it right 16 years ago 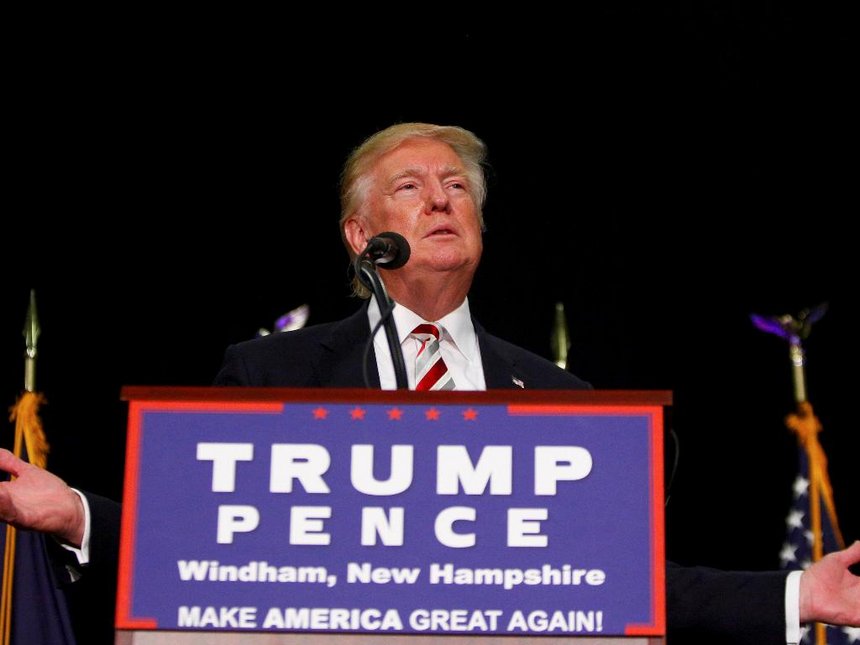 The Simpsons American TV show got it right 16 years ago: Tycoon and TV reality star Donald Trump would be US President, the most powerful man in the world.

Back then it was a warning and ajoke.

Eighteen months ago many people worldwide also thought it was a joke and The Donald wouldn’t run.

It was no laughing matter. He ran.

They said he wouldn’t climb in the poll. He did.

They said he couldn’t win primaries. He did..

They said he wouldn’t win the Republican nomination. He did.

Finally, they said there was no way he could compete in, let alone win, a general election.

He stormed to victory in an narrow but astonishing upset.

Now he’s President-elect Trump, due to become the 45th leader of the world’s most powerful country.

Trump he defied the pundits, the liberals, the political establishment and the Republican Party. He defied everyone who said Americans would never vote for someone so brash, reckless and offensive to immigrants, minorities, Muslims, Mexicans, women could never win.

But Trump spoke — more accurately he ranted — to a deep vein of discontent in America, which still has not recovered from the recession, still suffers serious unemployment and says the elite and the establishment — personified by his Democratic opponent Hillary Clinton — have dumped them.

Trump promises to rebuild the American Dream, make America great, create jobs and bring together a nation bitterly divided by the ugliest campaign in memory.

Yesterday, President Uhuru Kenyatta was among world leaders who congratulated Trump and praised Clinton for her valiant effort.

“The ties that bind Kenya and the USA are close and strong. They are old, and based in values we hold dear: democracy, the rule of law, the equality of peoples. These values remain dear to the peoples of both nations, and so our friendship will endure,” Kenyatta said.

Trump said virtually nothing about Africa during the campaign but fulminated against Islamic extremists.

His victory was seen in many quarters as a threat to global growth because the renegade mogul promised to tear up and renegotiate trade deals, impose high import tariffs. He stirred fears of a currency war with China, which he said “raped” America.

“He was a phenomenon that many people made a mistake of writing off. As an outsider, they assumed he was a joke but, one thing, the man struck a strong chord with his voters,” said history Professor Macharia Munene at USIU Africa in Nairobi.

“He spoke to the hearts of many Americans who wanted a strong leader who will not only protect them but would also ensure America remains a super power,” Professor Munene said.

Trump appealed white Americans and blacks who were disgruntled with Barrack Obama’s leadership.

His message resonated with working-class whites, particularly those without college education, both men and women. Trump said he had a secret army that would rise up and vote for him. It included rural voters who turned out in large numbers, as did citizens in general who felt sidelined and trod upon.

ODM leader Raila Odinga told the Star Trump’s win showed it is possible for anyone to win a free and fair election.

“It is our hope under Trump, the US will continue support for democracy and promote good governance and human rights worldwide,” Raila said.

“It’s a lesson media and pollsters have yet to learn. No matter how they try to manipulate opinion and perception, the Israeli, British and USA examples show it is the opinion of people voting that counts,” Mudavadi said.

Trump was not just unconventional — he trashed the rule book. He was arrogant, outrageous, sometimes dishonest and unapologetic (except when he said sorry for vulgar comments about women). He called Clinton “crooked Hillary” and said she should be in jail for her misuse of a private email server while she was Secretary of Sate.

While Clinton spent raised $513 million by October 19, Trump raised $255. He addressed massive rallies and didn’t run door-to-door campaigns. Rallies were sometimes chaotic and disjointed, he shot from the hip and hit the bulls eye. He trusted his instincts, and it worked.

Trump insulted decorated war veteran John McCain, ridiculed the widow of a decorated US Muslim army officer. He picked a fight with Fox News and popular presenter Megan Kelly, saying she was giving him a hard time because she was having her period. He was embarrassed about a leaked video in which he said years ago that any woman would have sex with him because he was powerful.

During three presidential debates, he was no match for Clinton, who was superbly

“All that negative publicity didn’t matter. Trump’s personality and appeal was so strong, the scandals just bounced off,” said professor Olubayi Olubayi of KCA University.

He defied opinion polls that predicted a narrow Clinton victory.

Until FBI director James Comey reopened his probe into Clinton’s email server, there was no clear march to the White House.

Trump’s sharpest spike in the polls came between Comey’s first announcement and the second, whe he said there was no cause for criminal investigation.

So what went wrong for Clinton, the choice of many people worldwide, especially in Africa?

She didn’t set voters alight, didn’t get the adrenaline pumping.

Although Clinton won key demographic groups, she under-performed President Obama across the board, even among women, according to exit polls.

Clinton was not as popular with white voters as Obama. She won only 37 percent of the white vote, compared to Obama’s 39 percent.

Clinton failed to inspire as many young voters who favored left-leaning rival Bernie Sanders in primaries and Obama four years ago.

She won 55 percent of voters aged 18 to 29, compared to 37 percent who voted for Trump. But Obama secured 60 percent of these voters.

How Trump won,The Simpsons American TV show got it right 16 years ago Reviewed by samrack on November 10, 2016 .

US President-elect Donald Trump. /FILE How Trump won The Simpsons American TV show got it right 16 years ago: Tycoon and TV reality star Donald Trump would be US President, the most powerful man in the world. Back then it was a warning and ajoke. Eighteen months ago many people worldwide also thought it was