Karua dumps Raila for Uhuru ahead of Kirinyaga governor race 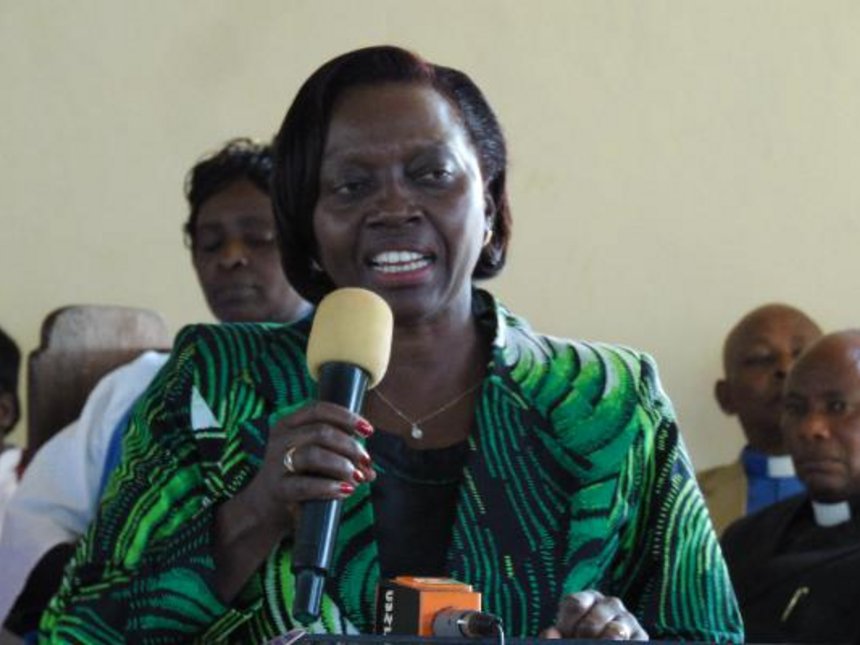 Karua dumps Raila for Uhuru ahead of Kirinyaga governor race

Narc Kenya leader Martha Karua has said she will support President Uhuru Kenyatta’s 2017 re-election bid as he is Kirinyaga’s choice.

Karua, who has maintained that she is neither in the ruling Jubilee coalition nor the opposition’s Cord, said she will vie for Kirinyaga governor next year.

She is reported saying at Kianyaga Catholic Church in Gichugu on Thursday that she will vie for the seat under her party. The incumbent Governor is Joseph Ndathi.

But Karua said in June that she would continue supporting the opposition and was not ready to join Jubilee as she was comfortable there.

She defended the opposition at a time when anti-IEBC demonstrations were being held, saying it was their constitutional right to do so.

They accused the electoral body of colluding with the government to rig polls and of corruption, which he has been saying has been rampant under Uhuru’s administration.

Among the scandals the Cord leader has dwelt on are the ones involving the Sh215 billion Eurobond proceeds, which were allegedly misappropriated, and the Sh1.6 billion National Youth Service scandal which is being investigated.

But the Narc party leader dismissed Raila’s statement that the President has been defeated in the war on corruption.

“I am very sure President Uhuru Kenyatta is determined to fight corruption. That is why I want to vie for governorship to support his efforts,” she is quoted saying by nation.co.ke.

In August, Karua demanded that Jubilee leaders respect her association with the opposition.

This was after Mt Kenya Inter-party grassroots leaders urged her and Peter Kenneth to dissolve their “small parties” and join Jubilee.

But Karua stood her ground on calls to join the ruling coalition terming the pressure put on her to quit the opposition a “deliberate distortion”.

“(Narc Kenya and I) will enjoy our freedom of association which jubilants so must respect,” she wrote on Twitter.

She further asked Mount Kenya leaders to “acquaint themselves with the Bill of Rights especially the freedom of association.

Karua dumps Raila for Uhuru ahead of Kirinyaga governor race Reviewed by samrack on November 10, 2016 .