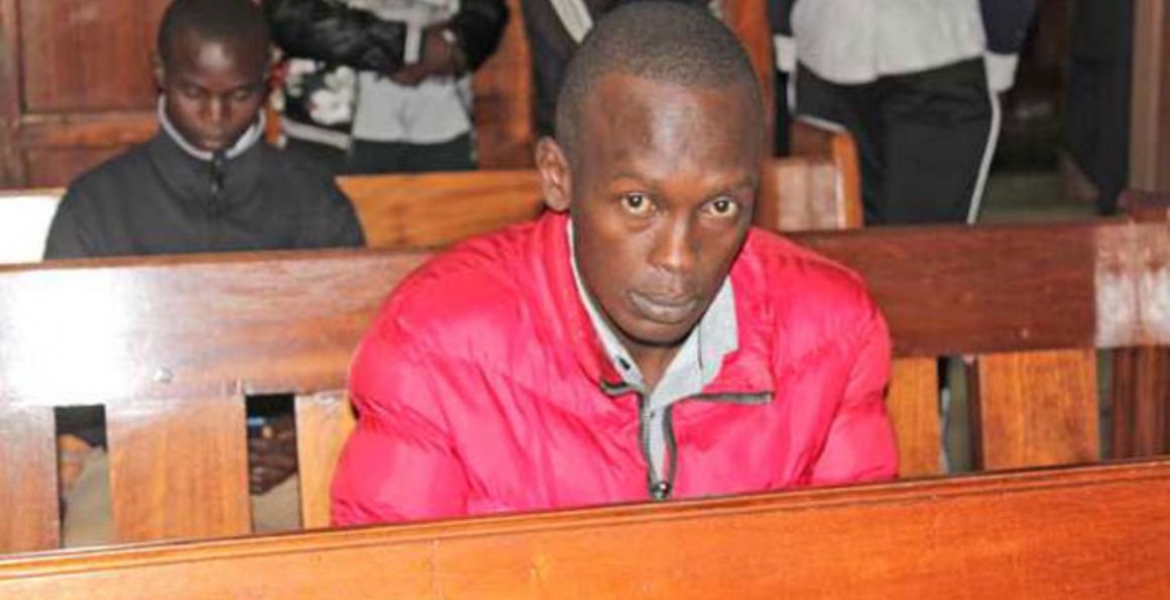 Details of how members of a Kenyan family managed to steal over Sh2 billion from the US in tax fraud for years without being detected have emerged.

A report by Daily Nation has detailed how Edwin Sila Nyumu run a crime syndicate in the US before escaping to Kenya in 2008 and hiding in Mlolongo, Machakos County to avoid arrest.

For 12 years, Nyumu walked free in Kenya until November last year when he was arrested in Athi River by Kenyan detectives seconded to Interpol. In 2013, he was listed among Interpol’s most wanted people.

Having been arrested 12 years after committing the crime, Nyumu could not be charged with fraud in the US since the federal crimes have a statute of limitations that protects suspects from being tried for old charges.

His charges were dropped together with those of other suspects including Ernest Kangara, Kenneth Njagi, Bernard Nyemba, Ervin Somba, and his uncle Paul Kilungya Nyumu, the pioneer of the criminal syndicate.

When the FBI launched a worldwide search dubbed Operation re-Wired last year to nab online scammers, some of the Kenyan suspects panicked and decided to flee the US.

One of them, Robert Mutua Muli was arrested in April last year at an Ohio-based airport shortly before he boarded a flight en route to Kenya. His coconspirator, Amil Hassan Raage was captured in Nairobi on May 5th by FBI sleuths.

Jeffrey Sila Ndungi, a relative of Muli was arrested at Los Angeles International Airport before his flight to London departed. The three had stolen $3,154,118.83 (Sh315.4 million) between them.

About half of this money has never been recovered to date after it was wired to bank accounts in Kenya and withdrawn.

Daily Nation established Muli and Ndungi have a common relation to Paul Kilungya Nyumu, the original kingpin. Paul Nyumu introduced his nieces Lorreta Wavinya and Lilian Nzongi to cybercrime theft in 2006 after the two arrived in the US on student visas.

The fraudsters stole identity information of hundreds of victims, mainly residents of care homes. They used this information to claim over Sh975 million in federal tax refunds.

Working as a tax preparer and radiology technician in Kansas City enabled Wavinya to access patient’s identity information with ease. In total, the family is suspected to have stolen over Sh2.7 billion.

The family connection between most of the suspects emerged through an obituary published in the newspapers on December 9th for one Esther Mwelu Kairanga.

Ndungi is currently serving a seven-year jail term after he was found guilty last year of aggravated identity theft and fraud. His uncle Robert Mutua Muli is serving three years for conspiring to defraud the US government of $2 million.

Wavinya was sentenced to a 14-year jail term in January 2009 for wire fraud and aggravated identity theft while her sister Nzongi was jailed for five years and 10 months. Nzongi has since completed her jail term but Daily Nation could not establish her whereabouts.

Nzongi and Wavinya went to the US in 2005 to join their uncle Paul Nyumu, who had already lived in the US for about 10 years, and their brother Edwin Sila Nyumu.

It is believed Paul Nyumu had started the tax fraud scheme two years before his two nieces arrived. Between 2004 and 2005 Nyumu’s syndicate had allegedly stolen over 350 identities and filed at least 500 false tax refunds.

“Some of the proceeds were then wired to, or withdrawn from ATMs in Nairobi, Kenya. The verified actual loss was over $2.3 million (Sh200 million) and the attempted loss was over $13.1 million (Sh1.3 billion),” court records state.

Paul Nyumu escaped to Kenya in 2005 after he was released on bail and was never rearrested until his death and burial at Tutini Village, Emali Location, Makueni.

After his death, Wavinya, Nzongi, and their brother Sila went on to build an even bigger criminal syndicate that was only dismantled last year. How these Kenyans managed to transact huge amounts of money in Kenya and the US remains intriguing.

How Members of a Kenyan Family Stole over Sh2 Billion from US Taxpayers Reviewed by samrack on August 8, 2020 .

Share thisFacebookTwitterPinterestEmailWhatsAppHow Members of a Kenyan Family Stole over Sh2Billion from US Taxpayer Details of how members of a Kenyan family managed to steal over Sh2 billion from the US in tax fraud for years without being detected have emerged. A report by Daily Nation has detailed how Edwin Sila Nyumu run a crime syndicate