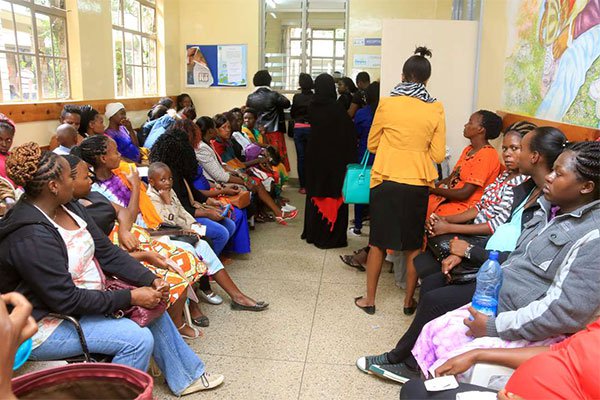 Patients wait to be attended to. Hospitals are on the spot for exploiting insured patients. PHOTO | FILE | NATION MEDIA GROUP

Kenyans are paying through the nose for hospital services because health providers inflate medical bills for those paying via insurance, the Nation can reveal.

Excess diagnostic tests, exaggerated prescriptions and unnecessary admissions are some of the tricks medical personnel use to fleece Kenyans seeking treatment.

A doctor who spoke to the Nation on condition of anonymity said that clinicians in private hospitals are given monthly financial targets in order to keep their jobs.

This forces them to be creative in how they manage their patients to ensure they ‘milk’ as much as they can from the insurance cover.

“Some of these targets run up to millions of shillings per month. So the doctors are forced to order laboratory tests and prescribe unnecessary medicines. In addition, they are quick to admit patients even when the patient is in no need of further observation. The goal is to make as much money as possible from the patient,” he said

As additional incentives, clinicians are sometimes paid a commission based on how much they have contributed to the hospital’s earnings.

For instance, during child birth, hospitals assign a team of physicians and specialists to be present, and each of them attracts a cost.

“A typical uncomplicated delivery will be attended to by a gynaecologist, paediatrician and a neo-natal specialist, even in cases where it is clear that not all these people need to be present,” he said.

Baraka, not his real name, is a civil servant working in Meru County. He says that when his wife went in to deliver their last born child, she spent an extra three days at the hospital, racking up the hospital bill because the doctors insisted on keeping her “under observation” despite the fact that they had provided no evidence that additional medical care was necessary for either the baby or the mother.

“My wife gave birth on the first night of her admission and, by the end of day two, all tests showed that she and the baby were healthy. Yet the doctors insisted on keeping them in the hospital for “observation.” We ended up spending an extra three days, with no meaningful procedures,” he said

He added: “In the end, I demanded to take my family home, despite protests from the doctors and their insistence that I sign a release form indicating that my wife was being discharged in contravention of doctors’ orders.”

He ended up paying Sh86,000  for a normal delivery with no complications.

Double tier pricing, a practice where medics charge patients differently depending on what mode of payment they use, has been flagged by insurance providers as one of the leading causes of insurance fraud in Kenya.

“We have had to strike off some clinics from our list of approved health providers because they are too dishonest with their billing. For instance, we have had patients billed for ultra sound when the hospitals they attended had no ultra sound machines.

In other cases, patients are forced to undergo blood and urine tests for straightforward coughs and afterwards are saddled with drug prescriptions a mile long,” said a source from Minet Insurance who requested anonymity as he is not authorised to speak to the media.

To attempt to arrest this trend, Minet has introduced a pharmacy concierge service that supplies medicines to its clients at a reasonable cost.

“Once a doctor prescribes the medicine, you take a picture of the prescription and send it to us via email or WhatsApp.

Our in-house pharmacists look at them and determine whether they are legitimate or not. If they are, we deliver the medicine at a lower cost,” said the source.

The insurance regulator has however defended double tier pricing by hospitals saying that what hospitals charge insured patients is separately negotiated with the providers, which allows hospitals to bill more to account for the amount of time it takes to pay out the insurance billings.

“Paying for medical services with an insurance card is akin to buying a product using hire purchase, whereby the consumer is ultimately charged more as they take longer to pay compared to someone who pays cash. The disparity between cash and insurance card billing is inevitable,” said Insurance Regulatory Authority head of Corporate Communications Noella Mutanda.

She denied that the regulator had received reports of insurance fraud by hospitals.

How hospitals exploit insured patients Reviewed by samrack on June 6, 2018 .

Patients wait to be attended to. Hospitals are on the spot for exploiting insured patients. PHOTO | FILE | NATION MEDIA GROUP  How hospitals exploit insured patients Kenyans are paying through the nose for hospital services because health providers inflate medical bills for those paying via insurance, the Nation can reveal. Excess diagnostic tests, exaggerated