One month may be challenging enough to go without pay but for Abbas Gullet, 11-years as a volunteer at Kenya Red Cross Society (KRCS) was the best part of his life.

It never occurred to him that KRCS would become like his second home. Now as the Secretary General of an organisation that was once chocked by multiple challenges including huge loans, he feels a sense of accomplishment in starting business ventures including a 5-star hotel and the largest ambulance service provider.

When Business Beat caught up with him in his office in South C, Nairobi, the interview had to begin with a caveat that duty comes calling any time.

“Sure, if I get a call now, I will put on my jacket and go. There are no shortcuts to it. I am interested in that injured [person] that needs help and that dead body that needs to be respected and buried,” he began.

It has never been harder in his career at Red Cross to find volunteers, he said citing that Kenyans have become a lot more selfish. Thousands of juvenile MBAs (the common abbreviation for holders of the popular Masters of Business Administration) of youths, some as young as 24, were joining the job market every year but are lacking life skills.

“We must learn to live within our means. Many Kenyans are living on mortgage and hire purchase today. Everything takes time but in Kenya shortcut is thriving,” says Gullet, who is the most common face in times of disaster. His biggest dream is pulling the giant organisation from its financial stress and making it debt-free. 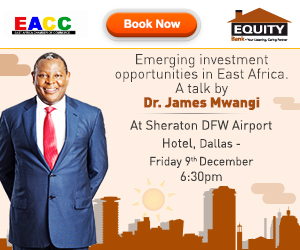 Red Cross, part of a global movement founded to protect human life and health, runs on auxiliary law to complement government efforts in disaster management is now in all 47 counties. It has 64 local branches and eight regional offices, all coordinated by the Nairobi office.

Relying on 600 employees and over 80,000 volunteers, the organisation has managed to paint itself on the face of Kenyans whenever a disaster strikes. It boasts as the single largest most grass-root humanitarian organisation in the country.

“Our mission is to be the first one on the scene and last one out. Because of what we have done in the last 10 to15 years, Kenyans have come to trust that we will respond swiftly,” says Gullet.

To rise up to the occasion, the organisation requires a lot of resources, sometimes forcing it to borrow to finance its operations. Currently, it is indebted to several banks and Gullet is not letting the situation to be permanent.

He told Business Beat that making the organisation into self-sustaining one called for innovation. That became the genesis of the idea of Boma Hotel, the four-star brand. Gullet said that the Government does not give the organisation direct resources.

Instead, he said, government grants tax waivers when it is importing equipment for work. Meanwhile, it is in negotiations in the hope that the State would resume funding that was cut many years ago.

“We have learnt to fend for ourselves. We cannot just wait for government or donors alone. We have to raise our own resources and that has called for finding innovative ways of doing this,” Gullet said.

For the decades he has been in humanitarian work, he describes the 2007-8 post-election violence as one of the assignments that made him sad. Yet, he could only fall back to his family and faith as counsellor.

“We had lived in a shell of bubble for many years. It was totally unimaginable then. We pretended to be more educated and progressive but turned into animals easily,” he said. In the last eight years, Red Cross has been working towards self-substance. Gullet reckons that the work demands huge resources.

To supplement its needs, it has two hotels in Nairobi and another one in Eldoret. In Nyeri, it runs a conference centre. In addition, it also operates the ambulance business as well as hotel school in partnership with Swiss hotel school to train people in hospitality.

The hotel school began in May last year and with 173 students. It is already generating a profit after breaking even. The latest addition is the school of paramedics which has been approved by American College of Surgeons.

Already, the society is reaping the benefits. Last year, the hotels gave it Sh1.1 billion to fund its operations and in the current budget, the firm is more optimistic.

It expects to get Sh1.5 billion by end of this year. “These are businesses that have a long term focus. Today, we have loans but hopefully, once we repay, we will overcome these challenges and the society will become self-supportive,” Gullet hopes. On the future of the hotel business, Gullet says that the society wants to venture into managing hotels on behalf of clients at a fee.

Riding on experience from running Boma Hotels and the hospitality school, Gullet says that it gives them advantage. “We can franchise the Boma brand and hire more people for the purpose of running the hotels. We are in discussion with some organisations to see if we can manage their facilities,” he said without disclosing names.

The ambulance services business started six and half years ago with just a fleet of five vehicles. Today, it has a fleet size of 130, which Gullet says, makes it the largest private ambulance company in the continent.

With over 300 staff spread in 47 counties, the firm has a contract with National Hospital Insurance Fund and also runs ambulance services for five counties- Kakamega, Bomet, Kericho, Garissa and Mandera.

Gullet is hopeful of winning more counties. Should NHIF float a tender for provision of ambulance cover for its over six million contributors, he is ready to take up the challenge. He is raising antennae on opportunities outside Kenya too.

“We will be doing two years diploma course and in third year, do undergraduate. In three years, students will have undergraduate degree in hospitality or hotel management,” says Gullet on the future of the school.

To avoid conflict of interest with humanitarian work, Gullet told Business Beat that all the businesses are independent with their own boards and management. The bottom line, he says, is to ensure that the humanitarian work gets enough resources.

“Our bread and butter is in our humanitarian proposition. The businesses are just vehicles that will enable us to do what we want to do in humanitarian space even better by the virtue of resources they will bring to the organisation,” explains Gullet.

Yet, with all these achievements, Gullet, now 57, comes along as calm and humble, choosing only to speak when it matters most. It has to do with his faith and upbringing, he explains.

His leadership style is that of working with his team of staff to finish the task. Even on difficult assignments like Westgate attack, he chooses to move with the team. “When Westgate happens, I want to be in too. If I am the team leader, the buck stops with me. I will be ready to take the first bullet. If my day comes, it comes,” he said.

“If I want my volunteers to respond, then I should also be willing to risk my own life. I can’t risk the lives of the volunteers and staff that report to me and I am in the comfort of my house.”

His childhood dream was to become either a doctor or an hotelier. With the hotel and ambulance businesses to support humanitarian work, he feels that his dreams have been actualised.

Despite the busy schedule, Gullet says that family and faith are at the heart of his daily life. He draws motivation from touching lives. On the next move, he dreams of retiring into farming and planting trees.