Half of Kenyans earn below Sh30,000 every month 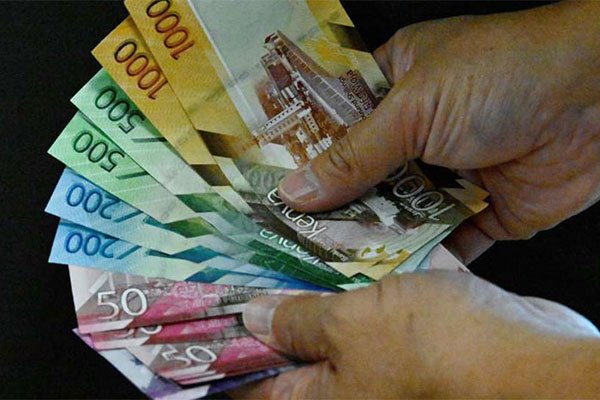 The number of Kenyans earning below Sh30,000 per month has risen to nearly half of the total employed workers. FILE PHOTO | AFP

Half of Kenyans earn below Sh30,000 every month

The number of Kenyans earning below Sh30,000 per month has risen to nearly half of the total employed workers captured in government records, laying bare the prevailing income inequality.

This equals 46.3 per cent of the total 2,765,159 salaried workers captured in the Kenya Revenue Authority (KRA) database as of the end of December last year.

The data shows that 183,061 of the 394,975 additional workers that have joined formal employment in the past four years have been given salaries of below Sh30,000 despite the rising cost of living.

A majority of the workers (69 per cent) take home below Sh30,000 in the private sector, showing that government jobs pay higher salaries.

Dominant sectors of the economy such as education and agriculture, which account for 34.2 per cent of gross domestic product, transport (eight per cent), manufacturing (7.7 per cent) and real estate (seven per cent) paid the least.

This was despite the sector also accounting for the largest share of those earning above Sh100,000 at 22 per cent or 17,808 individuals, representing lecturers, administrators and high schoolteachers, among others.

Agriculture had 247,529 workers taking home below Sh30,000. Other sectors with many workers taking home salaries within this range were public administration and defence and compulsory social security (152,133), manufacturing (131,557), human health and social work activities with 93,501 workers.
Income of Sh30,000 is hard to manage, especially for those living in urban areas such as Nairobi where nearly everything requires money.

The KNBS report on the well-being of Kenyans released last year showed expenditure per month per adult on food and none-food items averages Sh7,811 nationally.