by samrack
in Activism, Diaspora, U.S Diaspora
A A
0 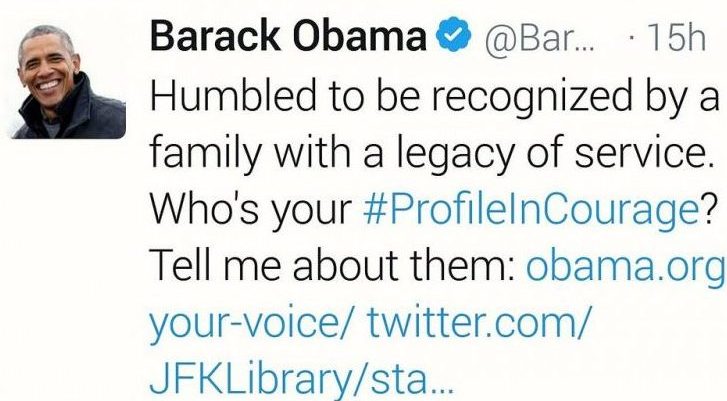 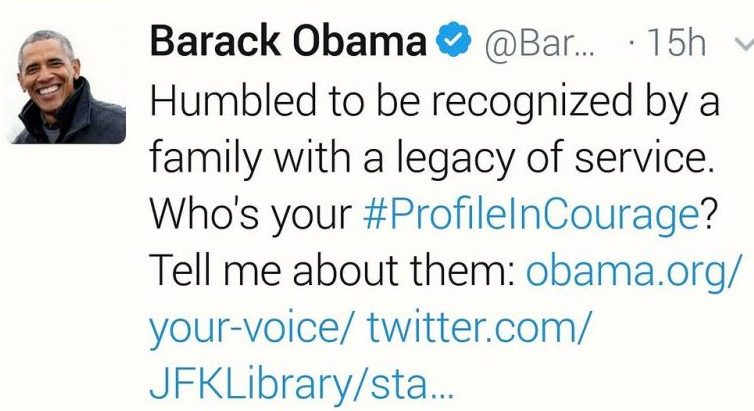 Former President Barack Obama was named Thursday as the winner of the 2017 John F. Kennedy Profile in Courage award

The John F. Kennedy Library Foundation said Mr. Obama is being honored “for his enduring commitment to democratic ideals and elevating the standard of political courage in a new century.”

Caroline Kennedy, daughter of the late president, and her son, Jack Schlossberg, will present Mr. Obama with the award on May 7 in Boston.

Mr. Obama said on Twitter that he is “humbled to be recognized by a family with a legacy of service.” 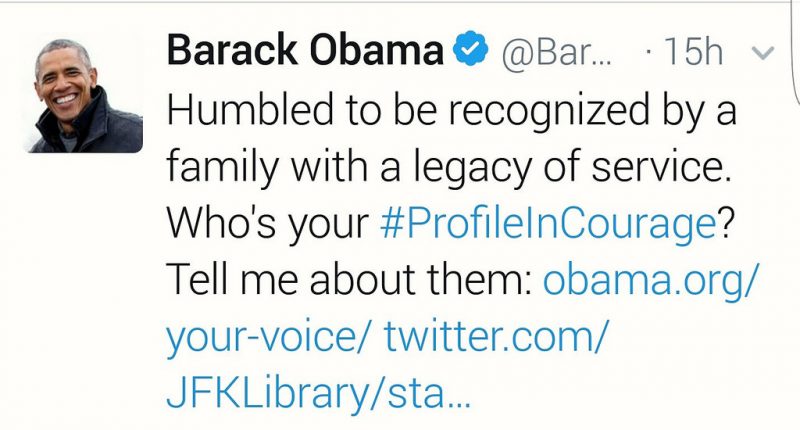 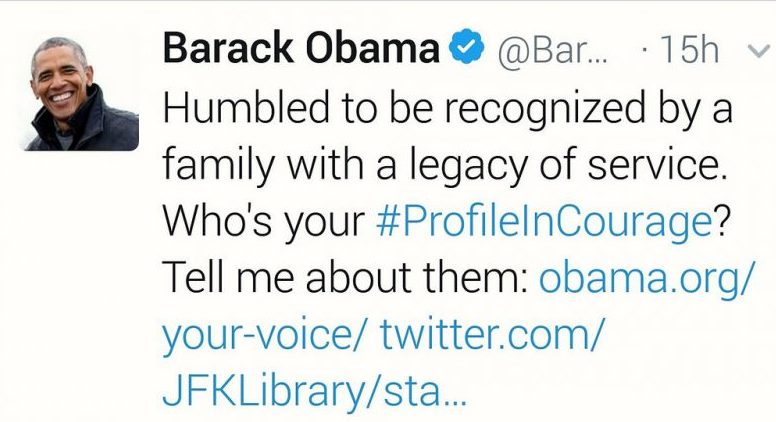 The foundation said Mr. Obama’s presidency “consistently reflected in so many ways, big and small, the definition of courage” cited by JFK in his 1957 book, “Profiles in Courage.”

From his inspirational 2008 campaign until his final weeks in office, Barack H. Obama consistently reflected in so many ways, big and small, the definition of courage that John F. Kennedy cited in the opening lines of Profiles in Courage: “Grace under pressure.”

He picked up the torch from President Kennedy and has now passed it on to a new generation of Americans, inspiring young people across the country to enter public service, affirming our belief in an America that is more than a collection of Red states and Blue states, and reminding all of us that no matter what we look like, where we come from, or what faith we practice, we are our brother’s and sister’s keeper.

Throughout his two terms in office, President Obama upheld the highest standards of dignity, decency and integrity, serving not just as a political leader, but a moral leader, offering hope and healing to the country and providing young men and women of all backgrounds with an example they can emulate in their own lives.