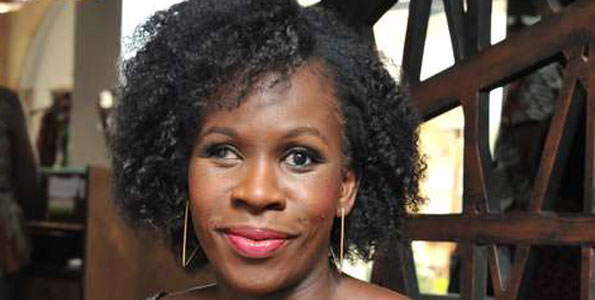 Many university students set up side businesses to survive and for Maureen Murunga, the enterprise of choice was plaiting women’s hair when she had the time.

The economics graduate from the University of Reading says she has always been passionate about hair and did not know that the time spent braiding people in campus would turn out to be an important business lesson many years later.

The 40-year-old completed her studies in 1999 and got a job in a bank, in Standard Chartered and ABSA Group which has since been renamed Barclays Africa Group Limited.

In 2008, however, she quit her job in favour of entrepreneurship, setting out different enterprises and failing “spectacularly” at each attempt.

“I quit employment when working in South Africa. I saw many people doing some amazing things and I could see a lot of opportunities everywhere. I felt challenged and inspired and I decided to quit,” Ms Murunga told the Enterprise.

“I tried out everything except what I loved to do. I was looking for businesses that would make me money. I lost so much dignity and money. I even lost so many friends; it was horrible,”

While in employment and later when overseeing her non-starter businesses, Ms Murunga was still thinking about hair and she continued to do her research about this line of work.

Her views at this time were further shaped by Good Hair, a 2009 documentary by American actor Chris Rock, which tackled stereotypes about African hair that was kinky and not straight.

According to her, Kenyan women are huge consumers in the cosmetic industry but very few of them are involved in the process of making these products and as a result “we constantly complain that this and that does not suit us.”

Armed with information about the sector from her fact-finding missions in Italy and the United Kingdom, and her passion, Ms Murunga finally found the right trade to participate in – beauty.

In 2010, she set up Neo Amadiva beauty salon, a business which is now well-known in the Nairobi beauty scene, so much so that it has attracted foreign investors.

Amadiva provides a wide range of beauty services from facials to waxing as well as barber services but it also sells products which specifically cater for natural African hair.

“Going into the beauty business was the perfect fit. There was an opportunity to acquaint myself with the process, to help Kenyan consumers get products suited for them,” she said.

The salons, which cost her Sh8 million (amassed from her severance package, savings and a bank facility) were operating under the brand name Urembo. The budding entrepreneur later closed the Barclays Plaza branch and opened another at 14 Riverside.

“I didn’t have any background in the salon sector and I figured that in order for me to avoid the pitfalls of starting from scratch, I would rather buy an existing chain,” she said.

Between the heavy purchase investment and constant travel to secure products for the new operation Ms Murunga worked herself into a tight financial spot.

Her saving grace was that the business she had inherited was making enough money to sustain itself, including paying the 36 staffers, but not enough to undertake the refurbishments she wanted to make.

Amadiva (barely) survived like this for close to two years, albeit with an additional capital investment from six private investors whom she convinced to inject funds into the business.

Ms Murunga used part of their money to set up a team of professional operations, finance as well brand and marketing guys, setting her on the way to building the kind of business she dreamed of.

The business opened a third store in Buruburu estate but is scheduled to be closed, not because of poor business, but owing to her customers preference to visit the other outlets.

On a busy day, usually the weekend at the end of the month, each of Ms Murunga’s 28 stylists receives about 15 clients.

This high customer numbers results in monthly revenues of about Sh5 million every month, most of which is used on buying new products which use up a tenth of this amount.

In December 2011, she attended the Convergence Africa Conference where her business was among 30 startups that had been shortlisted to pitch to investors, including Virgin’s Richard Branson.

She got phone calls from four potential investors and settled on one -Netherlands-based private equity fund TBL Mirror Fund. The firm bought a 30 per cent minority stake in the high-end salon chain for an undisclosed amount of money.

At the time she considered the move the best for her business since she needed to scale it up but in retrospect, she adds, she thinks she might have made the decision in haste.

“Venture capitalists give you money expecting returns and this comes with certain consequences. Looking back I would not have wanted to sell more than 21 per cent but you know you learn,” she tells Enterprise.

Her advice to entrepreneurs yet to hit the five-year mark is to avoid equity input and go for other funding options like grants and bank loans that would enable the business grow more organically.

She is quick to add that these investors have an upside with hers being that she has had a range of expertise at her disposal through which she had professionalised the business.

Former Diasporan Rakes in Millions with Salons Just for Kinky African Hair Many university students set up side businesses to survive and for Maureen Murunga, the enterprise of choice was plaiting women’s hair when she had the time. The economics graduate from the University of Reading says she has always been passionate about hair and did not