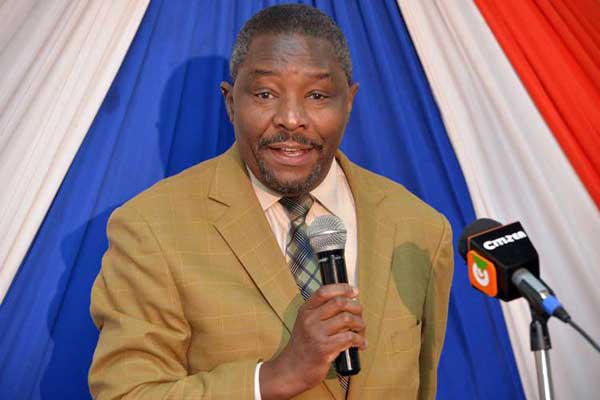 Foreign ministers of the International Conference of the Great Lakes Region (ICGLR) have endorsed Kenya’s candidature for the post of executive secretary of the ICGLR, Foreign Affairs Cabinet Secretary Amina Mohamed has said.

“Foreign Ministers of the ICGLR have reaffirmed their nomination of Kenya’s candidate, Amb Zachary Muburi-Muita, for the post of the Executive Secretary of ICGLR,” Ms Mohamed revealed Sunday evening.

The decision was reached during the seventh Ordinary Meeting of Ministers of Foreign Affairs of the International Conference of the Great Lakes Region.

Speaking in Luanda, Angola, where the meeting took place, Ms Mohamed said Mr Muburi-Muita was declared the nominee for the post during the last Regional Inter-ministerial Conference held on February 11, 2016, but the decision was not publicly or formally announced.

“The decision of the ministers now awaits the endorsement of the Heads of States during the 6th Ordinary Summit that convenes in Angola tomorrow, Tuesday, 14th June, 2016,” said the Cabinet secretary.

President Uhuru Kenyatta is among the ICGLR Heads of State expected to attend the Summit.

“We express our gratitude to the foreign ministers of ICGLR for their gracious support and for the confidence reposed on our candidate for the position,” said Ms Mohamed.

Mr Muburi-Muita is now poised to take over from Ntumba Luaba, the outgoing ICGLR executive secretary.

It was formed in recognition of the need for the states in the Great Lakes region to work together in promoting sustainable peace and development.

Its objectives and mandate include creating conditions for security, stability and sustainable development between member states and promoting democracy and the rule of law in the region.

Since its formation, the conference has established a regional framework that facilitates the realisation of peace, stability, security and development in the region.

Leaders in the region have also been able to come together and reach an agreement on principles that have promoted good neighbourliness, besides putting in place programmes of action to help end the cycle of conflicts in the region.

The ICGLR has also helped in the fight against trans-border crimes through the provisions of protocols on judicial cooperation among member states.