Nairobi Governor Mike Sonko with fire marshals outside the Form One dorm block that burnt, and inside it. Photos: Facebook, Mike Sonko.

A deadly fire broke out in the Form One block dormitory at Moi Girls’ School Nairobi – The incident occurred on Saturday, September 2, at 2 am, and claimed the lives of 8 girls – Several students pointed an accusing finger at a colleague who’d tried to take her life more than once – Police, however, remained tight lipped on these witness statements because it is an ongoing investigation In the wee hours of Saturday, September 2, eight girls lost their lives after a fire broke out in the dormitory that houses Form One students at Moi Girls School Nairobi, located in Kibra constituency. 16 other students were rushed to various nearby hospitals as three continue to receive treatment in the Intensive Care Unit. The fire broke out a 2 am, prompting investigations by government agencies as it was announced that the school will remain closed for two weeks as investigations continue. 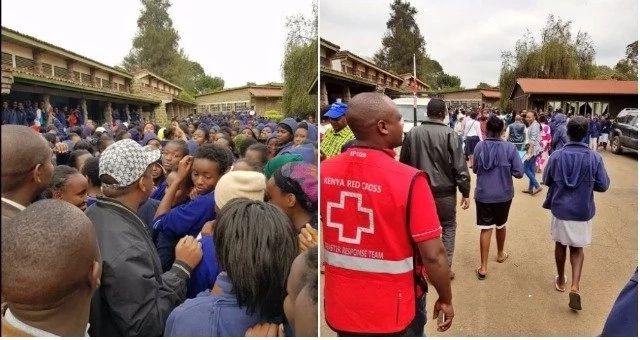 Apparently, it now emerges that the fire could have been an attempt by a student to take her own life after several fingers were pointed at her. According to the Daily Nation on Sunday, September 3, several students pointed their fingers at a colleague who had attempted to take her life more than once in the past. “She first tried drinking detergent and second, she tried suffocating herself using a pillow. She also had plans to set the dormitory on fire,” said sources who spoke to the newspaper on condition of anonymity. Popular pastor says Governor Sonko pledged to assist Moi Girls’ School fraternity following the dorm inferno that claimed 8 lives. Photo: Facebook, Mike Sonko. 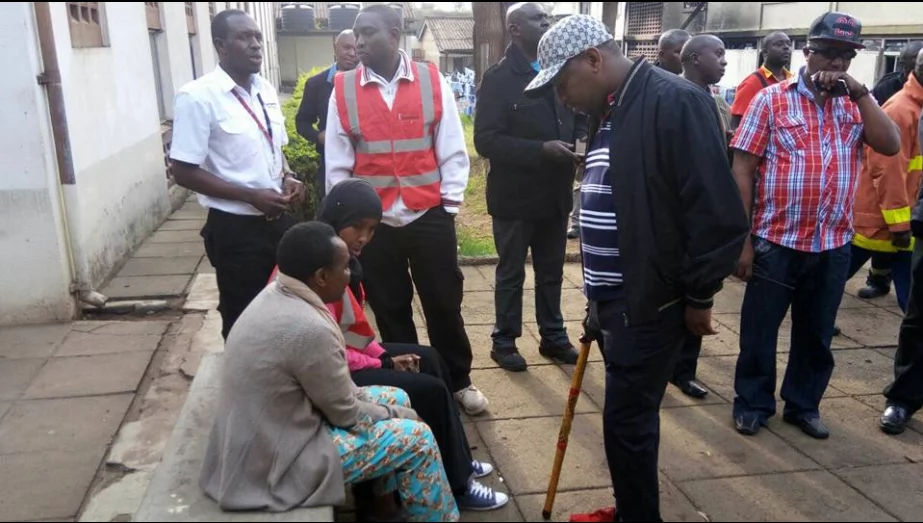 A student claimed that the fire begun from the said girl’s bed and spread to others. “There are 10 cubicles in the dorm and each houses about 8 to 10 girls. I slept in the one adjacent to where the fire started. We heard girls from that cube screaming and we went there to try and stop the fire but because most of the girls were deep asleep, we could not quell it or escape in time,” said one student. The fire caused the lights to go off and students could not see where they were running to. It is reported that some girls choked, others fainted and others helped pull out from the burning dorm those who’d lost consciousness.

Several students pointed an accusatory finger at a colleague who’d tried to take her life on more than one occasion. Photos: Facebook, Mike Sonko and Twitter, Kenya Red Cross. READ ALSO: Bride ‘refuses’ to kiss husband on their wedding day (photos) However, the police could not verify the girls’ witness statements, opting to remain mum on the ongoing investigations. Nairobi Governor Mike Sonko pledged to have the dormitory re-built as President Uhuru Kenyatta and Raila Odinga condoled with the families of the girls who lost their lives in the inferno.