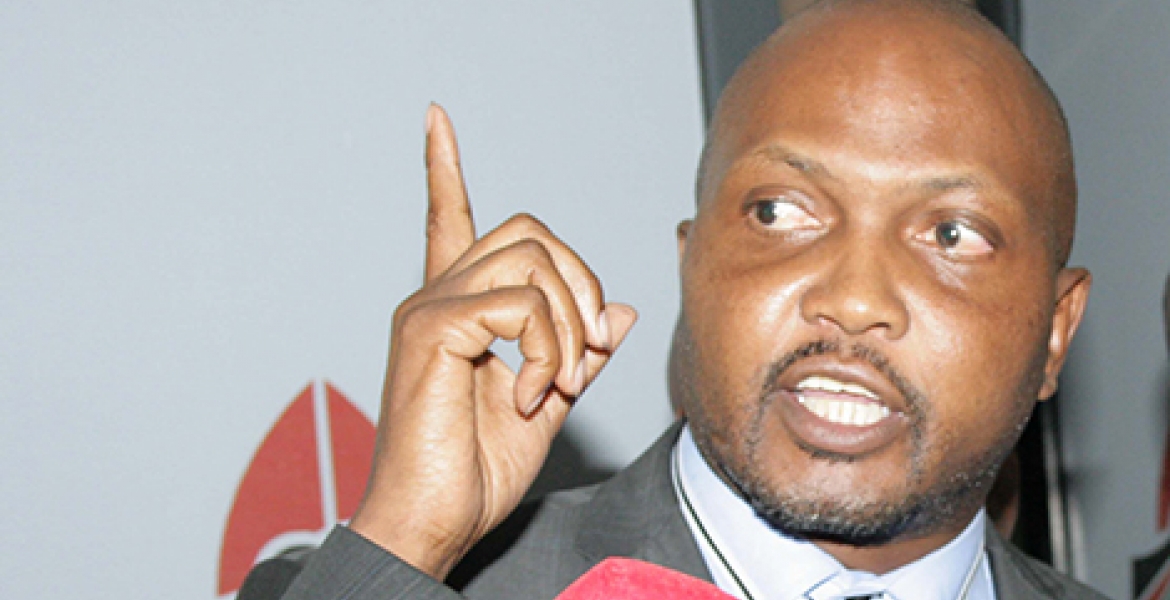 Gatundu South Member of Parliament Moses Kuria has vowed to table a Bill at the National Assembly, to reconstitute the Supreme Court and the transmission of election results following the nullification of President Uhuru’s reelection.

Kuria, a staunch Jubilee Party supporter expressed his disappointment with the Supreme Court decision to annul the election on grounds of mode of result transmission.

Kuria said that his first business in the National Assembly once it reconvene, will be to table a Bill that proposes that a minimum of five Supreme Court judges will be required to overturn presidential election results in case of a petition.

“My first business in parliament
1. No more electronic transmission of results. We count all votes at the constituency and declare them there.

2. Supreme Court will require minimum of 5 judges to overturn results. I will easily get support of 233 members, ” Kuria posted om his Facebook page.

Currently, it only requires a simple majority of the seven Supreme Court judges, to overturn a presidential election.

Kuria’s bill will also amend the Electoral Act 2015 that states that election results must be transmitted electronically from polling stations to constituency and national tallying centres simultaneously.

Four Supreme Court judges including Chief Justice David Maraga, his Deputy Philomena Mwilu, Smokin Wanjala and Isaac Lenaola ruled in favor of the petition, while Njoki Ndung’u and Jackton Ojwang upheld the election. Justice Mohammed Ibrahim did not vote as he was hospitalised.