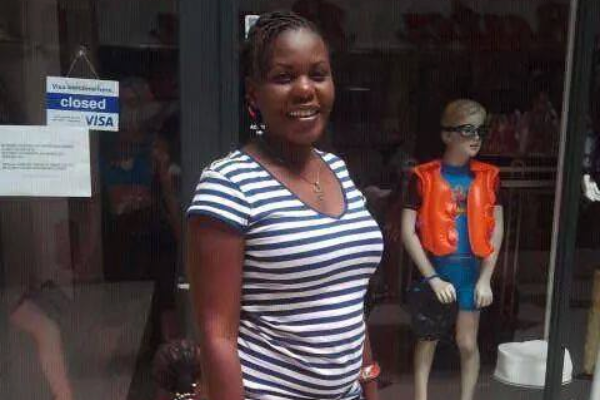 Floviance Owino who is facing execution in China over drug trafficking. Photo/COURTESY

A 26-year-old Kenyan woman is facing execution in China after she was found guilty of drug trafficking.

Floviance Owino, who was a house help, was arrested in May 2013 when she travelled to Beijing from Nairobi.

The Chinese consulate in Kenya confirmed that Floviance could be executed any time this year as her two year sentence is over, her sister Judith Owino told the Star on Tuesday.

Judith said she did not know her sister had travelled to China.

“I heard that she was in China for the first time on Thursday when the embassy called me. It was also the first time I learnt of her arrest and pending execution,” she said.

She said a friend who lives abroad later informed her that her sister had been sent to China by a woman who was a mutual friend.

She said she also learned, on a visit to Interpol, that the woman had been arrested over drug trafficking in Kenya but released on bail.

Judith said the Foreign Affairs Ministry also confirmed the execution and granted her clearance to travel to the country.

She added that the Chinese government told her she has little time to overturn the ruling and stop the execution.

“They just advised me to get a good lawyer. I need a visa to travel to China. I am really desperate because time is running out,” she said.

Judith however said she has not been able to speak to Floviance as the Chinese government has refused to facilitate this.

“I pleaded with them to let me talk to her when they called me on the phone but they refused saying it is not possible,” she said.

She said Floviance left behind a daughter who had just turned four when she travelled.

Family Pleads for Help to Stop Execution of Kenyan Woman over Drug Trafficking in China Reviewed by samrack on May 18, 2015 .