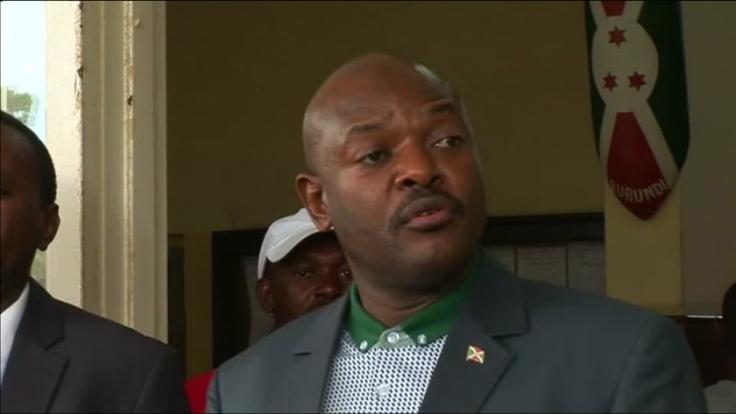 President Pierre Nkurunziza makes his first public appearance in the capital since an attempted coup last week failed to oust him, warning of a threat posed by Islamist militants from Somalia. Pavithra George reports.

BUJUMBURA (Reuters) – Small groups of protesters resumed demonstrations on Monday against Burundi’s President Pierre Nkurunziza and his bid for a third term, days after he survived an attempted coup.

On Monday, Kenya called for the presidential elections scheduled for June 26 to be postponed to allow for a “conducive environment” but said they still had to be held before the end of August, when Nkurunziza’s term officially closes. READ MORE

Burundi protests resume, Kenya calls for poll delay Reviewed by samrack on May 18, 2015 .