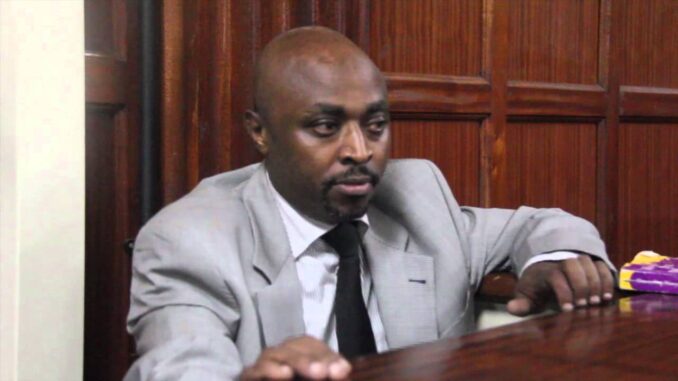 Mugo whose real name is James Mugo Ndichu was incarcerated for practising medicine unlawfully and running a clinic without a license.

In the ruling delivered by Senior Principal Magistrate Martha Nanzushi, Mugo will also pay Ksh1.4 million fine for the counts above.

The quack doctor first hit the headlines in 2015 when he was accused of rape and administering unknown drugs to his patients – women who went on to sleep with against their will.

The prosecutor in the case told the court that Mugo raped a woman at his Prestige Healthcare clinic in Nairobi on November 1, 2014.

It is said that Mugo administered four tablets to the woman who then passed out and Mugo carried out the heinous act.

A high-handed Mugo would not stop at it. In 2018, he announced that he was back in the game when it was found out that he had been operating another clinic without authorization.

This time, he took his trade to Kayole where he opened a new clinic, Millan Medical Centre.

When police got wind of this, he went into hiding and was arrested two weeks later in Gachie, Kiambu County.

In his Kayole clinic, he had employed two people, Victor Kamunya and Risper Ouma who were the first to be arrested.

They were arraigned before a Nairobi court where magistrate Martha Mutuku released them on Ksh200,000 cash bail or a bond of Ksh500,000.

When he was first arrested, police decried that witnesses shied away from recording a statement at the Kasarani Police Station which almost bungled the case.

Mugo studied nursing at the University of Nairobi in 2000. He graduated with a bachelor’s degree.

Fake doctor Mugo wa Wairimu jailed for 11 years A Nairobi court on Wednesday sentenced quack doctor Mugo wa Wairimu to 11 years in prison, Standard reported. Mugo whose real name is James Mugo Ndichu was incarcerated for practising medicine unlawfully and running a clinic without a license. In the ruling delivered by Senior Principal