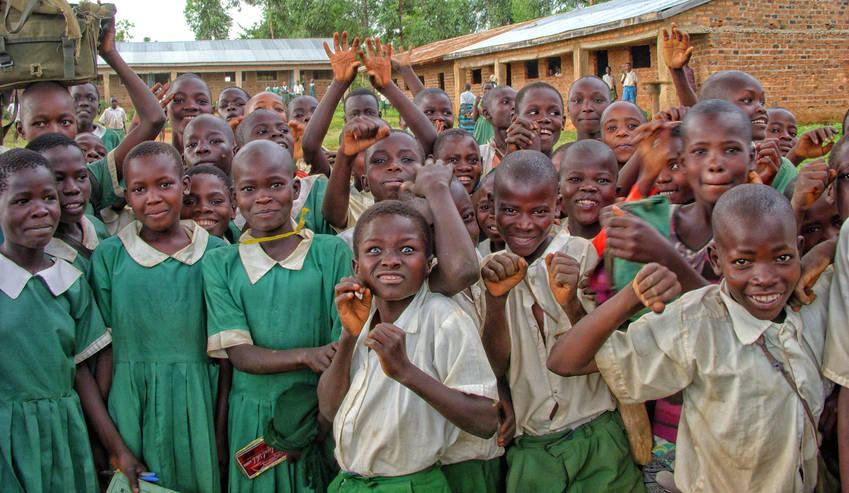 It’s been a winter of discontent in Kenya, with more than 120 schools ablaze in a seemingly uncontrollable epidemic of arson attacks. But who’s lighting the fires, and why? By NJERI KIMANI.

It began last month in Itierio Boys High School, in western Kenya, when students were told they would not be allowed to watch the Euro 2016 match between Portugal and Croatia. They weren’t happy. In protest, the students torched their dormitories – in the process igniting a wave of copycat school fires across Kenya.

More than 120 schools have been burnt in the past month. The fires are usually set at night, during evening prep, and have mostly targeted student dormitories. No students have yet been hurt, although at least 150 students have been arrested and charged with arson.

At the centre of the inferno stands Fred Matiangi, secretary for education in President Uhuru Kenyatta’s cabinet. It’s his job to put these fires out, but he is also accused of causing them with his harsh new policies aimed at eliminating cheating.

Last year, national exam papers were leaked on social media days before pupils were due to sit for them. The results for 2,709 primary school students, and 5,100 secondary school students, were cancelled as a result, and 10 senior officials from the Kenya National Examination Council were sacked.

To prevent a repeat of the scandal, Matiangi instituted harsh new rules in May 2016. These included the banning of school prayer and visiting days in the third term – which he claimed were used by parents to smuggle in exam papers – and the banning of half-term breaks, inter-school sports, prize-giving ceremonies and annual general meetings. The idea was to prevent any contact between students and outsiders, but the new rules proved unpopular immediately.

Just three weeks after the new rules were implemented, the school fires began.

Matiangi is standing firm, however, and insists that schools will not be shut down until the arson epidemic is dealt with. This is contrary to advice from teachers. “Only 120 out of the 9,000 schools in the country have been burnt and it’s not fair to punish the disciplined ones by shutting them down,” he said. He has also insisted that those implicated in starting the fires would be held responsible for funding the rebuilding of affected schools.

“I have nothing to do with the fires and it’s only the few conservatives who are opposed to the changes in the Ministry of Education who want to make me look bad,” he said. “People do not want changes and are only comfortable if the status quo is maintained. I will push for more changes because we want accountability in management of institutions. We cannot allow exam cheating, and the cartels behind all those atrocities behind a weak education system should quit.”

Ignoring calls for Matiangi to resign, President Kenyatta has stood firmly behind his education secretary. “We intend to streamline the education sector, which includes the battling and stemming of examination leakages, and we will not be cowed,” he said.

But others say the government needs to accept more responsibility. General Moses Nthurima, a senior official in the Kenya Union of Post Primary Education Teachers, claimed that the government’s decision to extend the term lengths had caused burnout among students, and said that the new school rules had been announced without any consultation.

Meanwhile, Kenya National Union of Teachers secretary-general Wilson Sossion insists that Matiangi should be blamed for the fires for prescribing “weird policies that cannot work in the sector”.

There are also questions about the involvement of police in the very same examination cartels that Matiangi is trying to break up. Police are involved in the delivery of exam papers, and thus have access to them before others. “They are the ones who photocopy and sell the examinations, fetching as much as $100 per paper which they then distribute to their relatives,” said an official at KNEC who sought anonymity.

Opposition leader Raila Odinga has also been at the forefront in calling for Matiangi to get the sack. “He has failed in many sectors, including curbing the arson attacks and hence jeopardising the lives of the students. He needs to go home,” said Odinga.

Rita Damary, a parent at a school in Nakuru county, has another theory: she thinks that teachers are behind the fires in a bid to get Matiangi removed, in the hope that his harsh new rules will disappear with him. “There is a lot of friction and changes in the sector which is beneficial but the teachers are the biggest losers and hence try their best to frustrate the minister hoping that he will eventually resign and they will get someone softer,” she said. DM

Njeri Kimani is a journalist based in Nakuru, Kenya.

Photo of Kenyan school by Maria Salamanca via Flickr.

Fahrenheit 451: Kenya’s bizarre school fires epidemic It’s been a winter of discontent in Kenya, with more than 120 schools ablaze in a seemingly uncontrollable epidemic of arson attacks. But who’s lighting the fires, and why? By NJERI KIMANI. It began last month in Itierio Boys High School, in western Kenya, when students were told