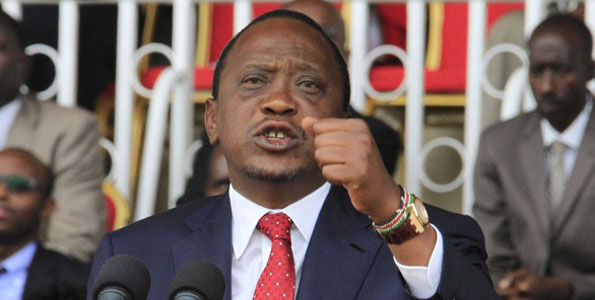 President Uhuru Kenyatta. Late last year he announced plans to form the Office of Management and Budget but so far it has not come to fruition. PHOTO | FILE

The silver lining around Kenya’s corruption fever is the experientially growing column inches devoted to the subject by an increasing number of observers and commentators in the media.

This is no longer simply about a foreign or donor-driven agenda; it is our local problem — pure and simple.

A few months after Kanu was headlined as warning Jubilee over graft, former President Daniel Moi last Sunday reportedly asked Christians at a church service (and senior government officials at large) to — effectively — “help the government fight this bad thing that is giving it a bad image”.

In the past week, positive and interesting anti-corruption suggestions have emerged around the need for a “Look East” approach (case studies Singapore-China-India), the requirement for a “cultural revolution”, the search for an “anti-corruption enabling environment” and the absolute urgency for budget, but more broadly, public financial management (PFM) reform.

More frightening is the unconscionable idea that President Uhuru Kenyatta is in hand to hand combat with an individual, or group of individuals – basically a super cartel – who believe they fully control not just a significant proportion of our national budget in their private interest, but – effectively – national economic policy through a stranglehold on public investment choices.

In official “anti-corruption speak”, this is called “state capture”.  I cannot get my head around that and then convince myself to line up for six hours in Independent Electoral Boundary Commission’s (IEBC) — disorganised queues to vote for anyone in 2017.

One gets the sense that our “tiger pronouncing its tigritude” approach to this deadly war is doomed to fail – we are “barking at the moon”.  Yet, if we really see corruption as a national security threat, then we must deal with it in the same way we would (more comprehensively) deal with terror.

We could do this in a way that is as sharp as it is smart. Today, let’s speak to two missed chances to date.

In its early days, the Jubilee administration developed a world-class ICT masterplan for Kenya around three pillars – ICT for business, ICT as business and digital government.

Let’s cut to the chase and focus on the digital government part.  The idea was rather simple. Digital government (and eventually, commercial) services would be built around four interconnected “data hubs” – persons, companies, land and assets.

Digital re-registration and re-identification around these four hubs was the basic plan. A biometric, multi-purpose, multi-service personal identification card for every person. Radio frequency identification (RFID) and certification for companies, land and assets.

At bottom, a national digital registration and identification system that linked people to the companies they own, and people and companies to their land and assets.  This was to be a true “game changer”.

What do we have today? A fancy e-government, e-citizen front office with shaky back office data amidst official speeches calling for integration of what are now “vendor-driven” separate projects for persons, companies and land, with nothing really going on in terms of asset identification.

So the “ghosts” (Anglo Leasing et al) live to fight another day.  Everyone (IEBC et al) pursues their own biometric “something”.READ MORE

President Uhuru Kenyatta. Late last year he announced plans to form the Office of Management and Budget but so far it has not come to fruition. PHOTO | FILE Executing the digital government idea is Kenya’s best chance to end systemic graft The silver lining around Kenya’s corruption fever is the experientially growing column inches