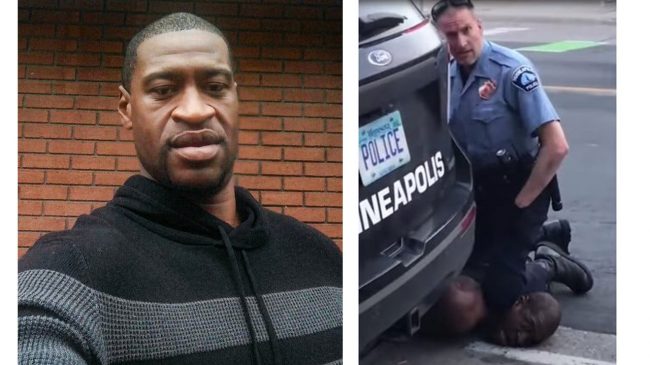 A jury sitting in Minneapolis, Minnesota, America has unanimously convicted former policeman Derek Chauvin of all the three charges in the murder of George Floyd.

The 45-year-old Chauvin was convicted of all counts after 10 and a half hours of deliberations by the jury.

Chauvin’s face, which was covered in a facemask, seemed emotionless as the judge read out the guilty verdicts as declared by the jury.

After the verdict was read out, the former officer was taken into custody, handcuffed and led out of the courtroom to await his sentencing that is expected to after eight weeks.

Chauvin now faces up to 12 years in prison for the murder conviction but there is a possibility the prosecutors could pursue a maximum penalty of 40 years.

However, this will depend on whether the judge determined there were “aggravating factors” in the murder case.

Floyd’s family and anxious crowds that had milled outside the court building erupted into cheers and tears immediately the verdicts were announced.

President Joe Biden and VP Kamala Harris called Floyd’s family immediately after the verdicts were read out and the family appealed to them to push for wider police reforms.

President Biden and VP Harris call the Floyd family after the GUILTY verdict! Thank you @POTUS & @VP for your support! We hope that we can count on you for the police reform we NEED in America! ✊🏾 pic.twitter.com/cg4V2D5tlI

In a tweet, former President Barack Obama congratulated the jury decision, but said much more needed to be done for justice to prevail.

Today, a jury did the right thing. But true justice requires much more. Michelle and I send our prayers to the Floyd family, and we stand with all those who are committed to guaranteeing every American the full measure of justice that George and so many others have been denied. pic.twitter.com/mihZQHqACV

Chauvin was captured on video on May 25, 2020 kneeling on Floyd’s neck for 9 minutes and 29 seconds as he pleaded with the then police officer that he could not breathe but the heartless officers did not budge resulting in his death, which attracted wide condemnation and demonstrations acros America demanding justice.