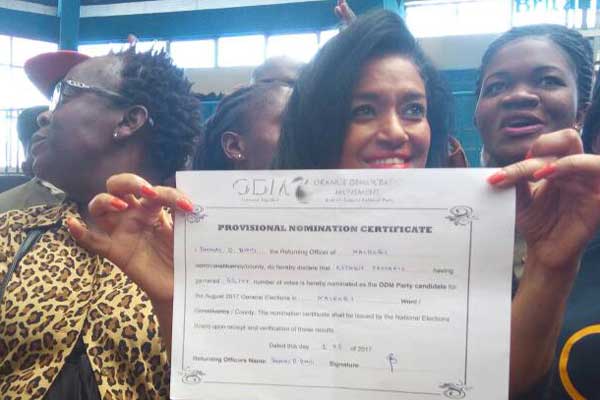 “I don’t want to focus on [the pay I will get for the] woman representative position, I want to help the people to empower themselves.

“I will not wait for the August 8 elections, I will start working immediately,” she said

Ms Passaris is expected to face off with Jubilee Party candidate Rachel Shebesh in the elections.

However, Mrs Shebesh’s win has been challenged by her rival Wangui Ng’ang’a, who claimed there was rigging in the nominations.

Ms Ng’ang’a came fourth in the Jubilee race but has argued she was rigged out.